Did a pack of dogs really snap a group selfie? See for yourself 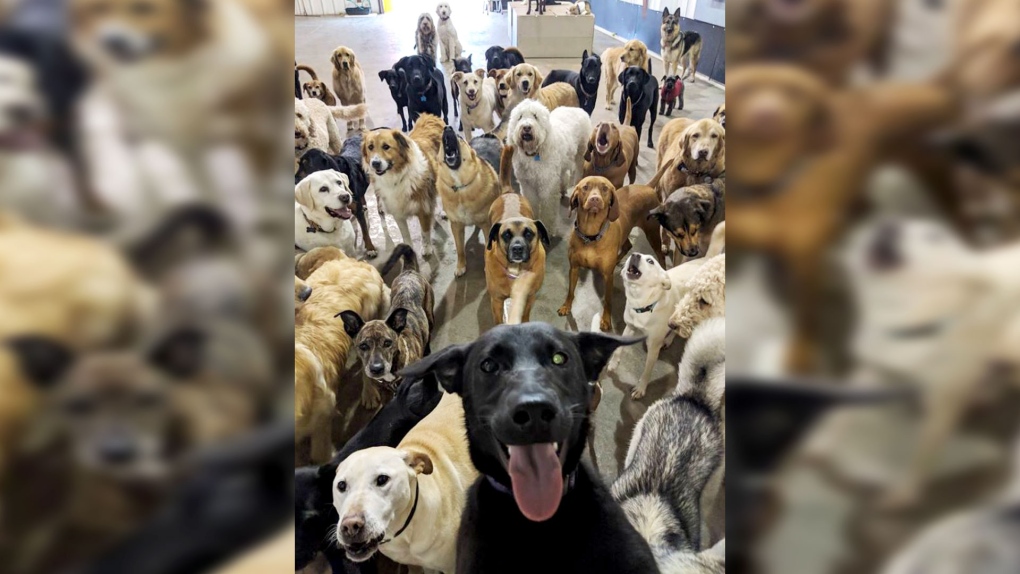 In what appears to be a selfie snapped by a dog, a group of canines at an Ohio dog daycare gathers for a friendly photograph. (Source: Facebook, Go Fetch Dog Daycare and Boarding)

LOVELAND, Ohio -- An Ohio dog daycare photo has gone viral for capturing what looks like a group of four-legged friends taking a selfie.

The Cincinnati Enquirer reports Go Fetch Dog Daycare and Boarding in Loveland originally posted the photo of the group March 30.

A black Labrador mix named Rouge appears front and centre in the photo with several dogs howling in the background.

The photo was shared by a Facebook user who commented that it looks like Rouge was taking a selfie.

The photo has received more than 1,800 Facebook reactions and hundreds of comments, including one from a user saying, "this is exactly how I imagine the entrance to heaven."

Go Fetch owner Matt Ramsey says the dogs get along well, which makes it easy to take photos of them.