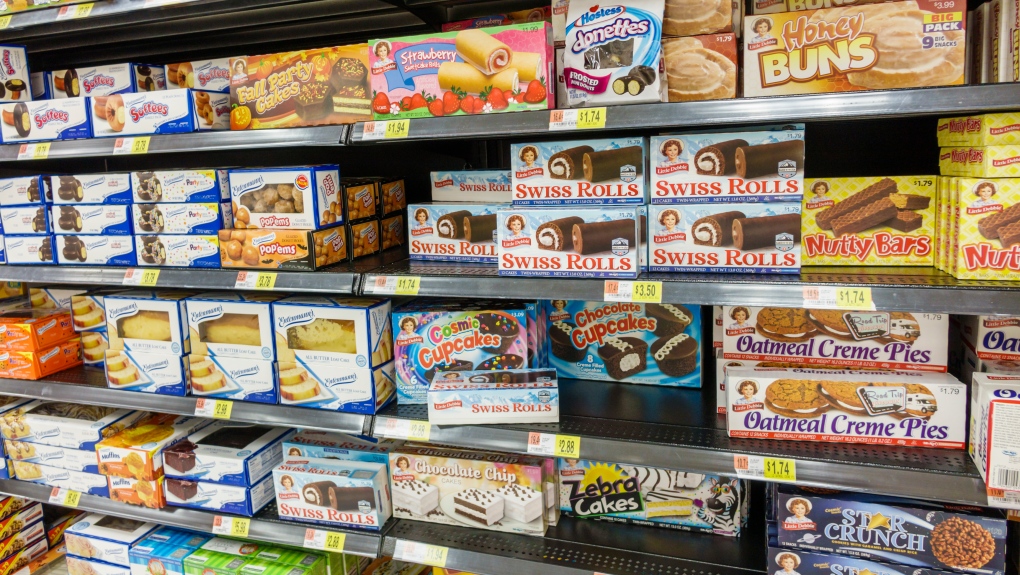 Not to be a Debbie Downer but Canada will be without some iconic snacks for the foreseeable future after Little Debbie was forced to pull its sweet treats from store shelves across the country.

Little Debbie product-maker McKee Foods Corp. confirmed to CTV News its corner store staples, to the likes of Swiss Rolls and Honey Buns, will no longer be distributed in Canada.

"This was not our decision," a McKee Foods spokesperson said in an email Wednesday. "The sole distributor in Canada chose to terminate their business relationship with our brands for reasons that are entirely their own."

Furthermore, the spokesperson said the company isn't "actively searching for a new distributor relationship in the Canada market."

So if you're looking to get your hands on some Cosmic Brownies or Oatmeal Creme Pies, you will have to make a trip south of the border or shop online.

The news of Little Debbie's disappearance comes just after snack-maker General Mills confirmed Bugles have been discontinued in Canada.

"Unfortunately, Bugles in Canada have been discontinued for several months," the company said on social media. "We’re always listening to fans so maybe it will come back in the future. Until then we’re hoping you can find a tasty substitute elsewhere in the General Mills family."

The cone-shaped corn snack was a Christmastime staple for those who enjoy making things like "Nuts and Bolts" and "Elf Shoes.”