Couture Council to honour Louboutin and his red-soled shoes 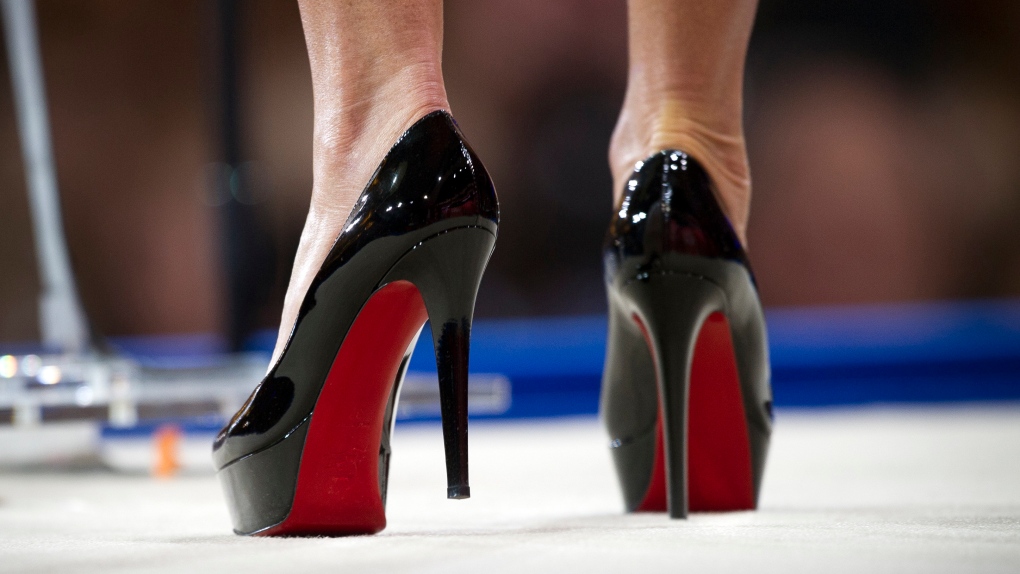 NEW YORK -- From a tiny bottle of nail polish, a luxury fashion empire was born.

Designer Christian Louboutin says he was experimenting in his factory one day when he suddenly seized his assistant's bottle of red polish to blot out the usual black soles and try some bright colour.

The prestigious honour, awarded each year at the beginning of New York Fashion Week in September, usually goes to a clothes designer. But, Louboutin told The Associated Press this week, fashion lovers have a special relationship with shoes -- more than with clothes, or at least different.

"The woman carries the clothes. But the shoes? They carry the woman," the Paris-based designer said Tuesday in a telephone interview. "So it's a very different interaction." The shoe, he said, "is a pedestal. But this little thing on your feet is also making you a different person, in a lot of ways. It's affecting the entire silhouette and the way you're going to walk and move."

There's another advantage, he adds, to footwear: The wearer can see it. "If you have a dress, you can't see it unless you have a mirror. But if you have a pair of shoes, you can still look at your feet. All the time."

Steele, at FIT (Fashion Institute of Technology), says shoes have always been an important part of the museum's voluminous collection, which includes some 4,000 pairs "and counting."

"People really obsess over their shoes," she says. She calls Louboutin's red soles "a stroke of genius -- what a simple and yet effective thing, because red is coded for us as the colour of passion and seduction and love ... but who would have thought to have put it on the sole of a shoe?"

Louboutin also designs men's shoes, but it's women's footwear he's famous for, especially the heels (though he designs flats, too). They range from hundreds of dollars per pair well into the thousands, depending on the adornment. They're loved by celebrities; "I'm throwing on my Louboutins," goes the chorus of a 2009 Jennifer Lopez song.

Louboutin, 56, says his career began with a childhood hobby of sketching shoes.

"When adults asked what I wanted to do when I grew up, I said I wanted to draw shoes," he says. "But I didn't think it was a real job."

He'd been designing for several years when he discovered the red-sole idea in the early '90s. A few weeks after the nail polish experiment, he says, he was in his Paris shop, watching a couple consider a pair of shoes with typical black soles. His female co-worker felt the man was "very handsome," Louboutin says, and watched as he turned over a pair of shoes to find nothing interesting on the soles. When the couple left, the co-worker remarked that she should have put her phone number on the soles.

Louboutin took that as a sign, he says, "that the sole should have its own identity."

He considered changing the colour every season, but then realized that red -- the colour of blood, he points out -- was unique. "I had many customers who would only wear black, but they wore red on their lips or on their nails," he says.

Louboutin's shoes are worn by fashionistas around the world -- first lady Melania Trump seems to be a fan, often photographed in Louboutins like a towering yellow pair she wore recently in Japan.

Louboutin says only that he enjoys seeing who wears the shoes, and how. "My job is designing shoes and producing an object of desire for women," he says. "After that it's no longer in my hands, and I'm no one to judge who is wearing them or how you should wear them."

He adds that although celebrities are obviously good for business, his preference is to discover someone he doesn't know, looking good, in his shoes.

"I'm walking in the street, and I look at the shoes and they look good and I'm almost jealous," he says. "And then I look and it's a red sole, and I go woo-hoo!"

The Couture Council luncheon on Sept. 4 coincides with a new exhibit at The Museum at FIT: "Paris, Capital of Fashion," running Sept. 6 to Jan. 4.