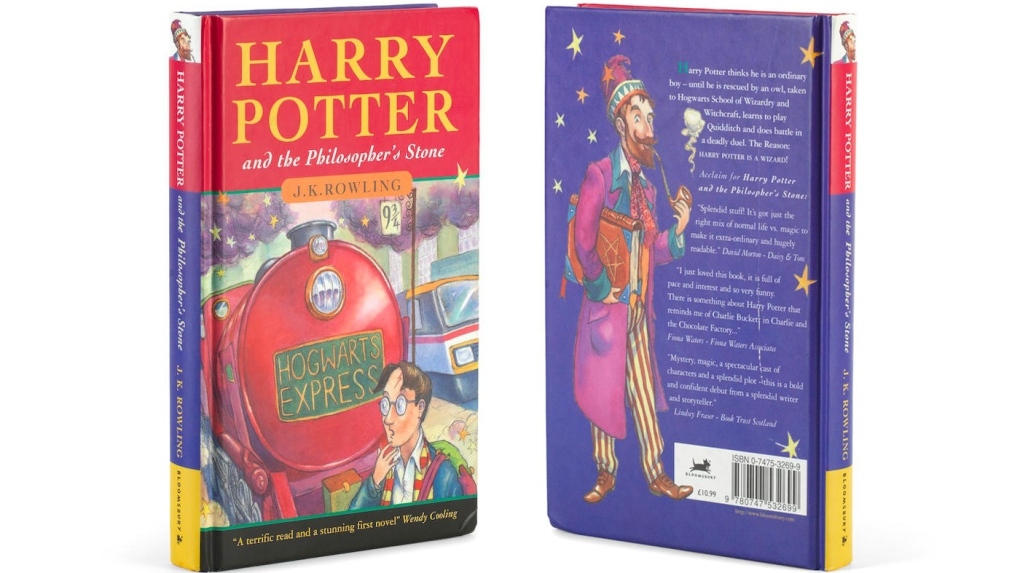 A first edition copy of 'Harry Potter and the Philosopher's Stone' is being auctioned by Bonhams on March 27. (Image Courtesy of Bonhams)

A first edition of "Harry Potter and the Philosopher's Stone" is part of Bonhams' "Fine Books, Manuscripts, Atlases and Historical Photographs" auction set to take place in London later this month.

Released in 1997, the hardcover book is a first impression copy of J.K. Rowling's fantasy novel.

This special edition contains some particularities, including a publisher's imprint page with the number sequence from 10 to 1, a duplication of "1 wand" on page 53, and the misspelling "Philospher's" on the lower cover. It also features JK Rowling's signature on a sticker loosely inserted inside.

This rare copy of "Harry Potter and the Philosopher's Stone" is part of Bonham's "Fine Books, Manuscripts, Atlases and Historical Photographs" auction, scheduled for March 27.

Other rarities will also be auctioned, such as Stephen Hawking's presentation copy of "The Universe in a Nutshell"-- with the thumbprint of the renowned physicist on the title-page and the marriage contract between Edward III and Philippa of Hainault.