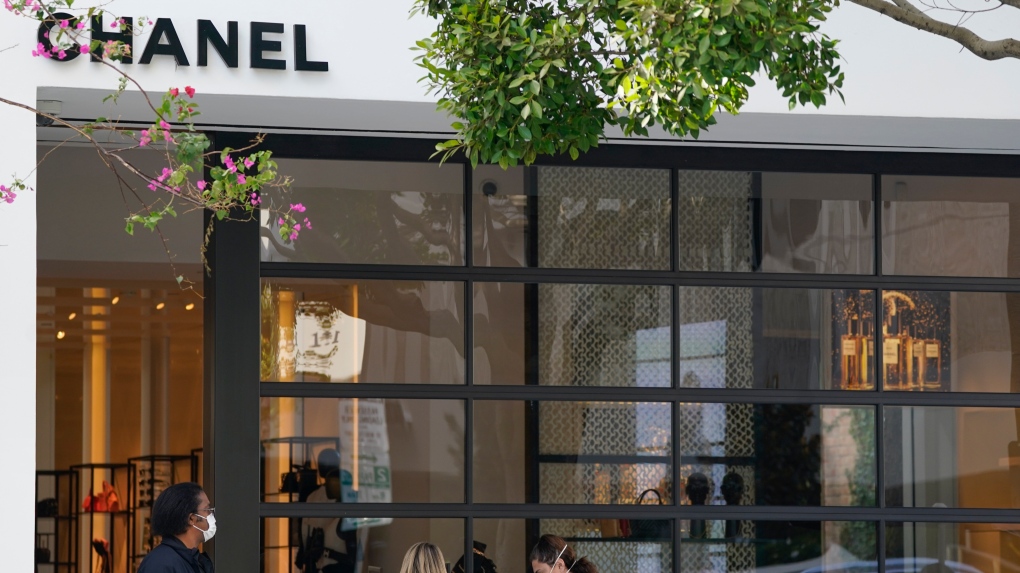 TORONTO -- Chanel is facing widespread criticism on social media over the contents of its advent calendar, many of which appear to be cheaply made despite the item's hefty price tag.

The advent calendar retails for US$825 and contains 27 boxes of items numbered from 5 to 31, celebrating the 100th anniversary of the company's No. 5 perfume. But outrage ensued as the contents of the boxes were revealed to include a dust bag, a plastic bracelet, a paper flip book and several sticker sets.

TikTok user Elise Harmon's series of videos of herself opening the boxes have accumulated over 48 million views on the platform. Her impressions of the elaborate packaging were initially positive, but she was quickly met with disappointed as she opened box no. 9, which contained a pack of stickers.

Harmon's initial video published on Thursday had more than 13.9 million views and she followed up with five more videos of herself opening the boxes. Box no. 17 contained a bracelet, which Harmon likened to a "a plastic bottle cap," while boxes no. 18 and 13 had even more stickers.

"Okay, yep. I'm done. I can't tell of these are temporary tattoos or stickers, but either way," she said.

Her incredulous reactions continued as she opened box no. 21, which contained a tiny mirror, and box no. 12.

"Um… this is just a paperweight," Harmon said about the contents of box no. 12.

The advent calendar also prompted ridicule from Harmon's viewers in the comment section of her videos.

"So they basically took whatever random trash they had that had CHANEL on it, and put it in an advent calendar," one user commented.

"At this point, let's just open it all? Why stretch the disappointment through all the days?" another TikToker said.

Other commenters said that Harmon ought to demand a refund.

"I'd demand a refund if I were you. That's literally worth like $5," one user said.

Not all of the products in the advent calendar were complete disappointments for Harmon. Box no. 7 contained a travel sized bottle of hand cream, while 11 and 20 contained lipsticks.

"I opened no. 7 and it did not disappoint because I'm obsessed with their hand cream," Harmon said.

Worth the hype? Probably not but it is pretty

♬ It's Beginning to Look a Lot like Christmas - Michael Bublé