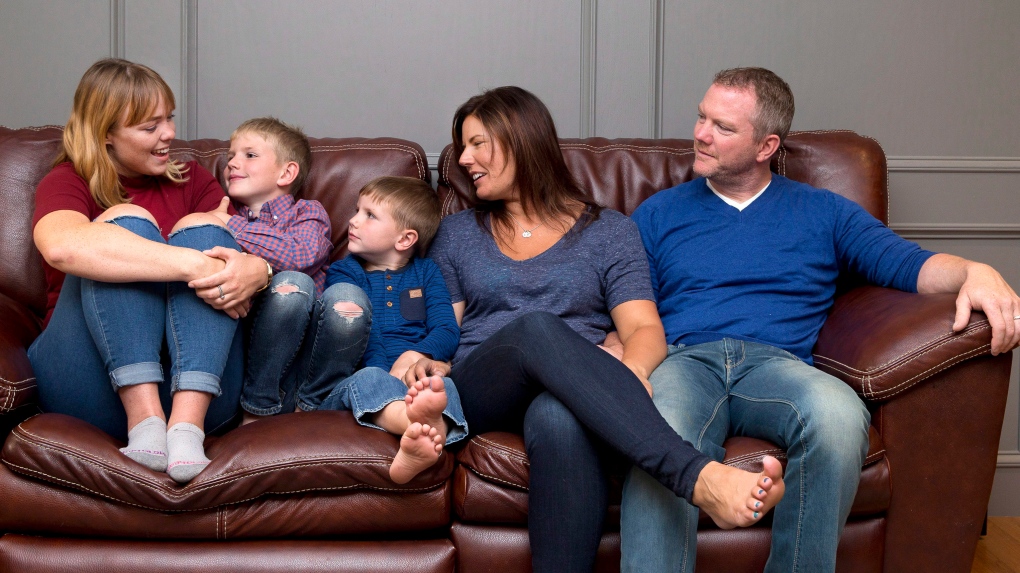 TORONTO -- Calgary mom Paige Shaw found herself in a bind when her nanny decided to return to Toronto last year.

Her two boys, aged three and five, needed full-time care, a chauffeur to various activities and an energetic playmate. So she turned to the Internet to find their next caregiver and joined a growing number of Canadians seeking new ways to manage what can be frustratingly hard-to-find child care -- by hiring an au pair.

The 38-year-old says she had never heard of the concept before last year, but after finding a 19-year-old from Perth, Australia, she says it is "hands down" the best arrangement for her family.

"She really has become part of the family," says Shaw, noting that her youngest has developed a taste for Vegemite while both boys -- now four and six -- have adopted some uniquely Australian phrases, complete with a Down Under accent.

"I don't think we've ever had a better experience."

The phenomenon of hiring a young traveller on a holiday working visa instead of a traditional live-in nanny is definitely on the rise, says Manuela Gruber Hersch of the Vancouver-based International Nannies and Homecare.

"We started about four years ago with a few, and then basically the placements after that doubled," says Gruber Hersch, also president of the Association of Caregiver and Nanny Agencies Canada. "And then it grew again last year and it will grow again next year as well."

She pegs the rise to changes two years ago to the federal government's foreign caregiver program that made it "risky, very expensive and cumbersome" to secure a full-time nanny from overseas.

One of the reasons au pairs are lesser known in Canada is that many are hired under the table, says Gruber Hersch. Cost is a big issue, since parents must adhere to minimum wage rules and make deductions for Employment Insurance, Canada Pension Plan and income tax.

In the end, the cost can be comparable to a traditional daycare or nanny, but there are key differences.

While a nanny generally has specialized training and experience working with children, au pairs are typically young women with only a casual babysitting background, which might not be suitable for younger kids.

Au pairs primarily help look after children, but they can also be relied on to ferry them to appointments and help parents with light household chores -- added duties that can vary depending on the nanny.

A big plus for Shaw was that her au pair, Kim Spence, stayed on the clock when her kids were home sick or had a day off from school, unlike most daycares and nannies.

In exchange, Shaw provided room and board -- the cost of which was deducted from Spence's hourly wage -- and a surrogate family that welcomed Spence at the dinner table and on vacations.

The appeal for Spence, now 20, was the chance to travel halfway around the world and explore a country she'd heard great things about.

"My job is amazing. I love it. The kids are so independent as well," gushes Spence, noting the gig has permitted her to indulge in regular weekend hiking trips, while vacation days allowed longer jaunts to Toronto, California, British Columbia and Alaska.

She estimates she'll return to Australia with $3,000 in savings, despite her frequent travels. But she says it's her experiences with Shaw and her brood that are the most valuable.

"I've never been homesick. This family makes me feel at home. They are like my second family now," says Spence, who'll take home memories of seeing snow for the first time and learning from Shaw how to drive on the right side of the road.

"The connection I have with the kids is crazy -- it's like, part mom, part nanny, part sister, part best friend."

Shaw says the agency she worked with helped devise a contract and whittled down a list of candidates based on personality matches. Personality and communication were key, since the line between what's considered on-the-clock and off can blur, she says.

But Vancouver accountant Bing Wang is among those parents wary of dealing with an agency in his search for a French caregiver for his two kids, aged four and seven, although he joined one online au pair agency and also posted an ad in an online classified forum.

"I have no idea how they can protect my information, social insurance number, how much I make, my tax return," explains Wang, a member of a Facebook group where families trade tips on finding an au pair.

Anyone considering an au pair should be ready to forge more than just an employer-employee relationship.

"I'm proud of my city and proud of my country, I enjoy showing them around and I really like that they become a quasi member of the family," Shaw says.

"It's been a great experience."