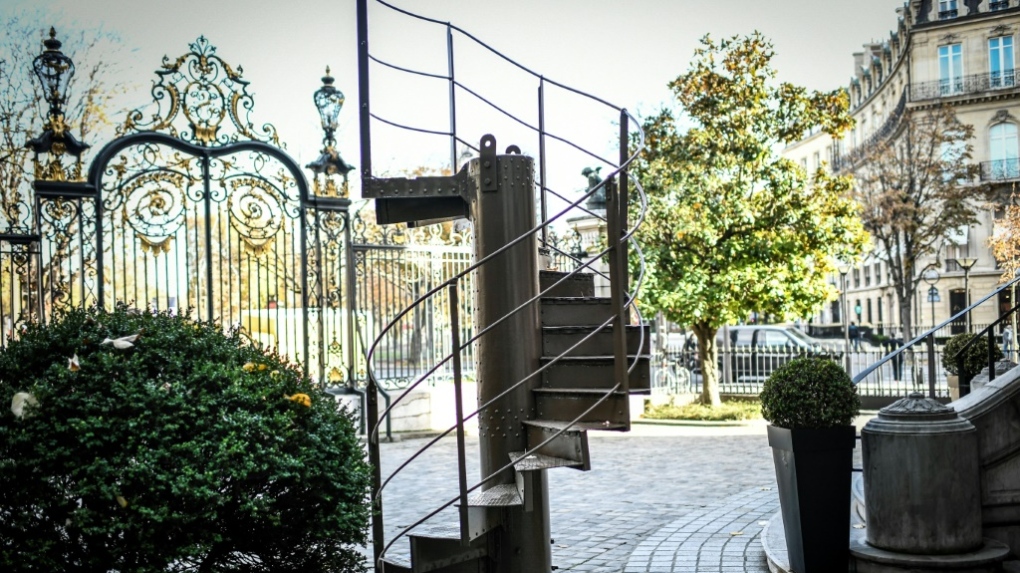 This portion of the Eiffel Tower's staircase was sold at auction by a Canadian art collector. (AFP)

The nearly-three-metre-high artefact was part of the original 1889 staircase that connected the second and third floors of the monument for nearly a century before a lift was installed in 1983.

The staircase was taken down and cut up into 24 chunks.

Twenty pieces were sold to private collections, three were given to French museums and the last was put on display on the first floor of the Paris landmark dubbed the Iron Lady.

Today, parts of the staircase can be found next to the Statue of Liberty in New York and at the Yoshii Foundation in Japan.

The chunk sold on Tuesday by a Canadian art collector had been expected to fetch between 30,000 and 40,000 euros but a European collection forked out 274,475 euros for a slice of the original tower.

The price was not a record for a piece of the staircase, with a sale at Artcurial in 2016 triggering a bidding frenzy that ended at 523,800 euros.

The 324-metre Eiffel Tower was built by engineer Gustave Eiffel for the 1889 World Fair in Paris.

Little loved by Parisians at the time, it has since become a much-loved emblem of the French capital.