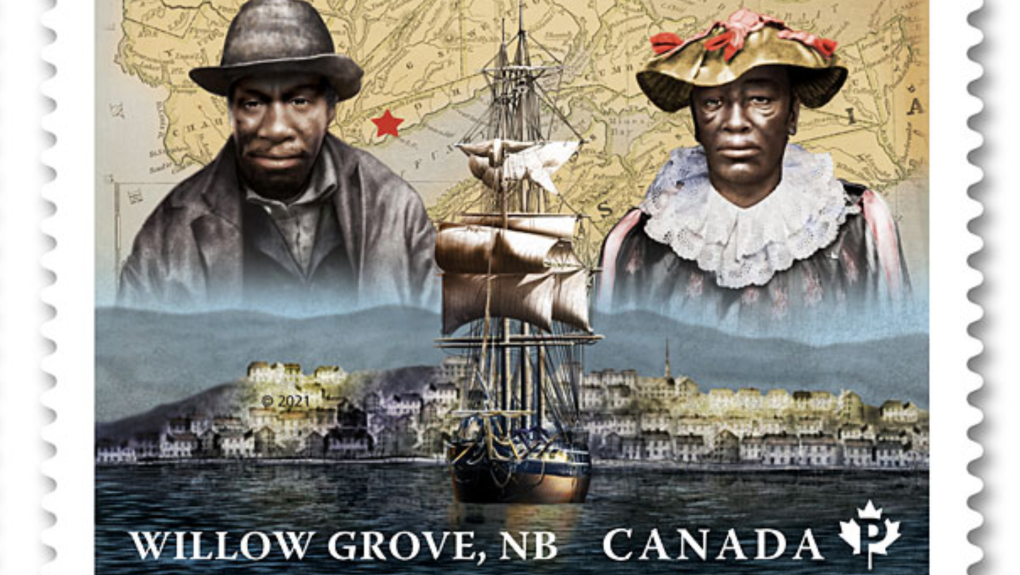 Amber Valley, Alta. and Willow Grove, N.B. were both home to hundreds of African Americans who sought refuge in Canada while escaping violence and slavery in the U.S. more than 200 years ago.

“It’s one of the biggest rewards we could ever receive because we haven’t had Black people on stamps in New Brunswick,” said Thomas.

Thomas is the program coordinator at the New Brunswick Black History Society who spent his childhood in Willow Grove, a community about a 30-minute drive east of Saint John. He says he knew many decedents of settlers.

“It was tough times growing up in Willow Grove in the ‘40s, but I couldn’t imagine what it was like for Black folks in the 1800s,” he said.

He says life for settlers was rough. He describes the land as once being wooded and almost uninhabitableunless they were given the proper tools to survive.

“You have to consider these settlers came here with almost nothing. Before they came to these parts, they were slaves,” said Thomas.

Despite being given land, Thomas says Black settlers started their lives from scratch in New Brunswick. They were not only unfamiliar with life in Canada, but they weren’t given the necessary tools needed to begin new lives.

Thomas credits Indigenous people with helping many of the Black settlers in Willow Grove by teaching them how to live off the land. This may have included hunting and gathering, according to Thomas.

“If it wasn’t for the First Nations, a lot of our people wouldn’t have survived,” he said.

New Brunswick’s stamp depicts a scene of two settlers, Eliza Taylor and Alex Diggs, both of whom were responsible for the early development of Willow Grove. Their image is accompanied by the HMS Regulus, the ship that carried liberated former slaves to Canada by way of Saint John, N.B. in 1815.

A total of 371 people arrived in New Brunswick at the time and 74 settled in Willow Grove, according to Thomas.

Thomas and his colleagues were consulted by Canada Post before creating the stamp’s design. What he is most happy about is that Canada Post chose “ordinary” people to represent the greater Willow Grove community.

“It does my heart so good to see that Canada Post recognized ordinary people of the community who struggled the same way as everybody else who came out of Willow Grove,” said Thomas.

“They weren’t heroes, they were general folks trying to survive,” he said.

“Our history is going to be lost if we don’t talk about it. We deliver tours to schools, but this history needs to be a part of the curriculum,” he said.

This marks the 13th year Canada Post has issued stamps for Black History Month. Stamps went on sale on Jan. 22.