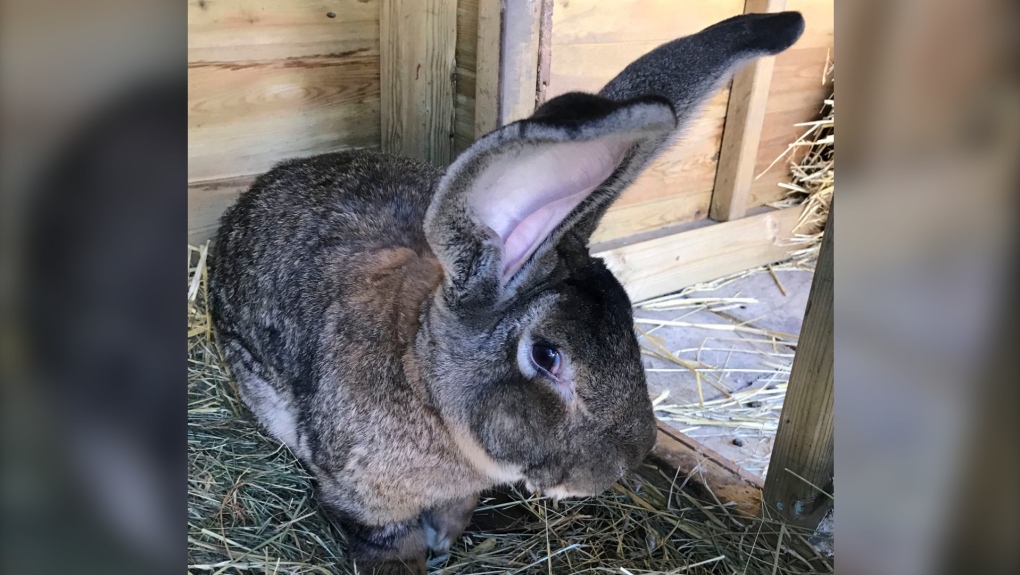 Undated photo issued Monday April 12, 2021, by West Mercia Police, showing the world's biggest rabbit, Darius, who has been stolen from it's home in Worcestershire, police have said. West Mercia Police are appealing for information after the 129 centimeters (4 feet, 3 inches) long Continental Giant rabbit named Darius was taken from its enclosure in the garden of the property in Stoulton, England, overnight on Saturday. (West Mercia Police via AP)

LONDON -- Police say one of the world's biggest bunnies has been stolen from its home in central England.

Darius, a Continental Giant rabbit, disappeared from his enclosure in a backyard in the village of Stoulton over the weekend, the West Mercia Police force said. They did not elaborate on why they thought it was a theft instead of an escape.

The force appealed for any information about or sightings of Darius, who is gray-brown and 129 centimetres (4 feet, 3 inches) long at full stretch. He holds the Guinness World Records citation for the world's longest rabbit. Rabbits of his type are known to weigh about 15 to 20 pounds (7 to 9 kilograms).

Owner Annette Edwards, a large-rabbit breeder and model, urged the culprit or culprits to return Darius to his home 160 kilometres (100 miles) northwest of London, saying it was a “very sad day.”