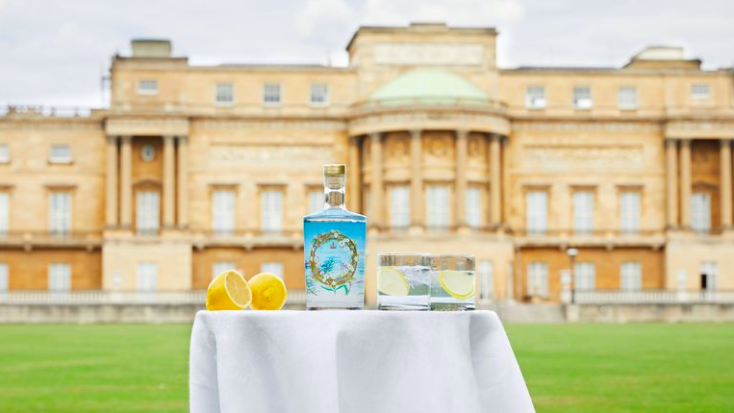 The Buckingham Palace gin, now for sale, will also be served at official events at the Palace. (Royal Collection Trust)

TORONTO -- If the royal garden at Buckingham Palace was a cocktail, what would it taste like? Now you can find out.

The spirit is infused with 12 different kinds of berries and botanicals hand-picked from Buckingham Palace’s garden, including lemon verbena, hawthorn berries, bay leaves and mulberry leaves.

All sales will go toward the trust, a registered charity, and will help offset an anticipated loss of £30 million (CAD$51 million) this year due to the pandemic.

“For the perfect summer thirst-quencher, the recommended serving method is to pour a measure of the gin into an ice-filled short tumbler before topping up with tonic and garnishing with a slice of lemon,” according to the Royal Collection’s online shop, which also sells tea sets, necklaces made from freshwater pearls and miniature tubes of shortbread cookies advertised as “for emergencies.”

Already the gin has proven to be popular, with the first batch selling out within a matter of hours. New bottles are expected to be restocked in the coming weeks.

The Queen’s affinity for gin is well known. Her former royal chef Darren McGrady told magazine Food and Wine that, before lunch, the monarch often drinks a gin and Dubonnet — a sweet French vermouth made in France — with a slice of lemon and lots of ice.

According to the magazine, the cocktail is the Queen’s first of four drinks per day, including a glass of wine with lunch, followed by a dry gin martini, and a glass of champagne before bed.

The royal gin joins a long list of spirits linked to public figures. Canadian actor Ryan Reynolds sells gin under the label Aviation Gin, George Clooney has raked in millions with Casamigos Tequila, and Dan Aykroyd filters his vodka through diamonds and sells it in a skull-shaped bottle under the aptly named brand Crystal Head Vodka.