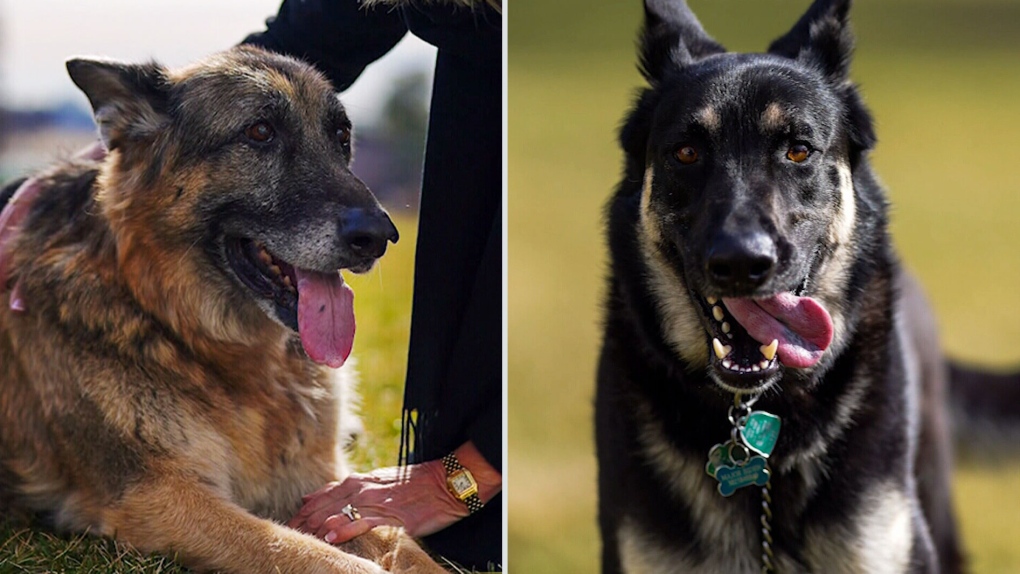 U.S. President Joe Biden was joined by Champ and Major in the Oval Office earlier this month for a photoshoot.

TORONTO -- U.S. President Joe Biden was joined by "first dogs" Champ and Major in the Oval Office earlier this month for a photoshoot with the new leader.

One of the photos from the Feb. 9 shoot, posted to Instagram on Monday by White House photographer Adam Schultz, show the presidential pets looking happy in their new home at the White House.

In the photo, Biden is seen standing in front of his desk and smiling with his two German shepherds on either side. Biden has his hand on Major's head while Champ is seen laying on the Oval Office rug. Both dogs appear to be smiling as well.

Biden also shared the photo to his official Instagram account with the caption, "Not many people have Oval Office walk-in privileges. Happy to report that these two are on the list."

The pooches officially moved into the White House on Jan. 24 following Biden’s inauguration. Champ has been with the Bidens since 2008, and the family fostered and then adopted Major in 2018.

Champ and Major are the first dogs to live in the official residence in four years, after former U.S. president Donald Trump famously broke a 130-year-old tradition when he did not bring a pet into the White House during his term.