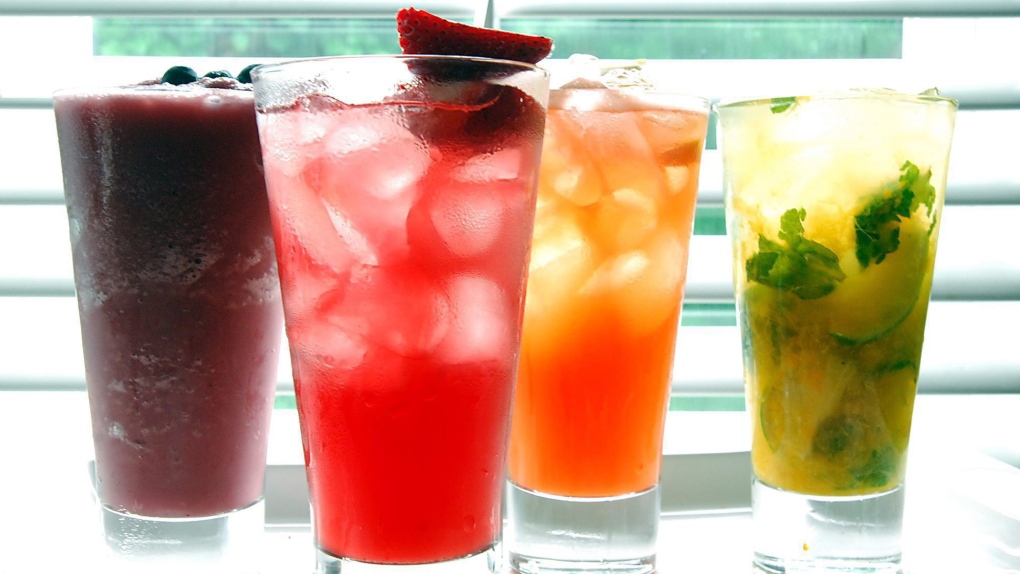 A variety of non-alcoholic drinks are displayed in Hamilton, Ont. on May 16, 2007. Police in Laval, Que. are teaming up with 24 bars on its territory to offer up free non-alcoholic drinks to designed drivers to prevent instances of drinking and driving. THE CANADIAN PRESS/Sheryl Nadler

LAVAL, Que. -- Police in Laval, Que., are fighting impaired driving by teaming up with 24 bars in the city to offer free non-alcoholic drinks to designated drivers.

The initiative provides a driver -- accompanied by at least two friends -- with a bracelet upon their arrival at the bar allowing them to get free non-alcoholic drinks determined by the bar.

The drinks are served at the same rhythm as the alcoholic beverages.

Police in Laval, just north of Montreal, say their target group is people aged between 18 and 25, but the program will be available to all.

Laval police Chief Pierre Brochet says the program recognizes the important role of designated drivers and gives them the opportunity to celebrate while keeping roads safe.

The program, dubbed CoDeBars, began in Sherbrooke, Que. in 2017. Gatineau, near Ottawa, also announced its involvement on Thursday.

"Each year, Gatineau police handle hundreds of impaired driving cases," Beaudoin said in a statement. "Hundreds of cases too many -- despite the social consensus on the dangerousness of driving after drinking, too many drivers take the risk and endanger their own safety and the safety of others."

Beaudoin says he's confident that programs like CoDeBars will make a difference.