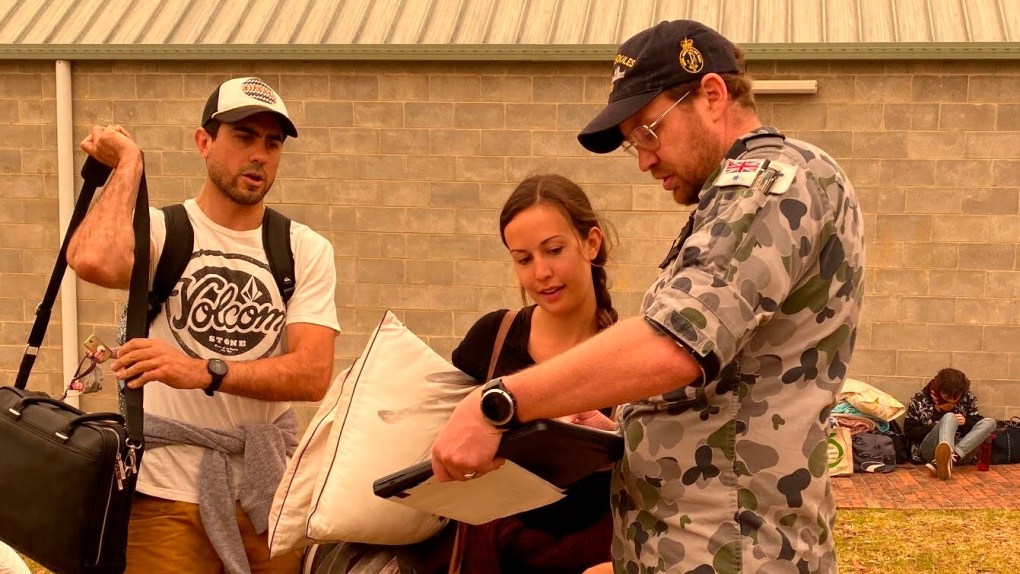 A looming beer crisis has been avoided in a fire-stricken Australian town, thanks to some help from the country's navy.

Mallacoota, a small coastal town in the state of Victoria, was isolated from the rest of the country when a devastating bushfire ripped through it on New Year's Eve, destroying homes and cars, and cutting off the one road in and out.

Due to the lack of road access, residents have been receiving supplies through emergency shipments from the Royal Australian Navy ship HMAS Choules -- and beer is no exception.

When the Melbourne-based Carlton & United Breweries heard that the local pub was running out of beer, it arranged a special delivery to be sent over with the navy.

A total of 3,000 litres (almost 800 gallons) of beer was loaded onto the HMAS Choules on Thursday morning.

"The pub is at the heart of regional communities, and after what Mallacoota residents and firefighters have been through the least we would do is make sure they could enjoy a beer," Carlton & United Breweries CEO Peter Filipovic told CNN.

Locals rejoiced at the news of the incoming shipment, with some posting "God bless the navy" and "Not all heroes wear capes" on a Mallacoota Community News Facebook page.

An Australian Defence Force spokesperson told CNN that "they recognize how this resupply will positively impact the morale of the community" -- and the beer is not "occupying unnecessary space on the HMAS Choules."

Bushfires have been raging across Australia for months, with 27 people killed. Mallacoota was the scene of some of the most dramatic fires that the country has seen since the crisis began. At one stage about 4,000 residents and tourists were forced to flee to nearby beaches to escape the flames.