Aurora hunting in Yellowknife, 'the best place' for seeing the northern lights 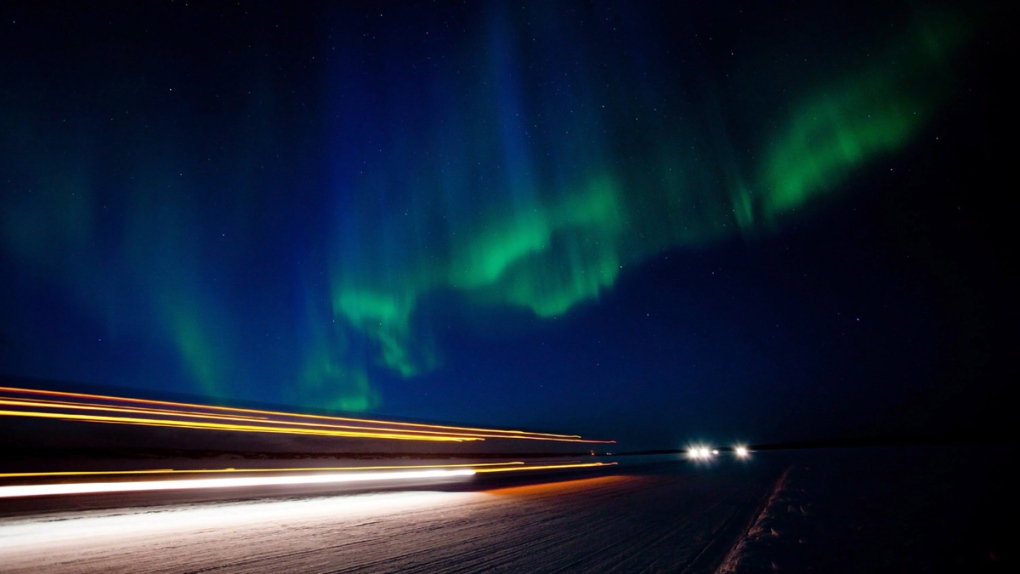 A brilliant show of the aurora borealis near Yellowknife, N.W.T. on March 8, 2012. (Bill Braden / THE CANADIAN PRESS)

Aurora hunters descending on Yellowknife have plenty of options for searching out the storied northern lights -- a major draw to the region known for green and red hued swirls dancing across the night sky.

The city -- which boasts that it is "the best place in the world to see the northern lights" -- lands just below the auroral oval, a ring also known as the Earth's geomagnetic North Pole above which the aurora appear. Add in a climate that sees little rain and a fairly flat landscape and Yellowknife makes for an excellent place to experience the northern lights.

Visitors should plan their trip between January and March, or during the shorter window of the middle of August to early September to maximize their chances of an aurora sighting, according to the city's tourist guide.

There are plenty of curated experiences to witness the natural phenomenon with tour operators taking visitors to locations that are expected to have the best view. For those who want to attempt seeing the sight solo, the city's travel guide advises: "the trick is to simply get away from streetlights."

That can mean walking to Frame Lake in the city or driving along the ice road to nearby Dettah during the winter. For an even more undisturbed view, camping on an island on nearby Mason Lake puts one far from the city lights.

Visitors can check the daily aurora forecast on astronomynorth.com, which provides information up to six days in advance, including whether to expect a geomatic storm.

While visitors wait for nightfall, there's plenty to keep them occupied during daylight hours, including a tour of the Northwest Territories' legislature and a lesson on the territory's unique consensus government system.

A short walk away is the Prince of Wales Northern Heritage Centre, where visitors can enter at no cost and view collections showcasing the territory's heritage.

If the weather co-operates, several companies offer boat tours of Great Slave Lake that pass colourful houseboats floating on Yellowknife Bay and often include a stop for a picnic lunch where the tour guide fries freshly caught fish.

Clothing: Even in August -- with the latter half of the month considered a good time to catch the northern lights -- Yellowknife's minimum temperature was an average 11.8 C in 2017, according to Environment Canada. Bring layers to bundle up because aurora hunting can mean patiently standing still in the cool night.

Aurora spotting: Scan the daily forecast on astronomynorth.com to see when it's worth heading out into the night.