Artists to give Toronto lifeguard stations a winter makeover 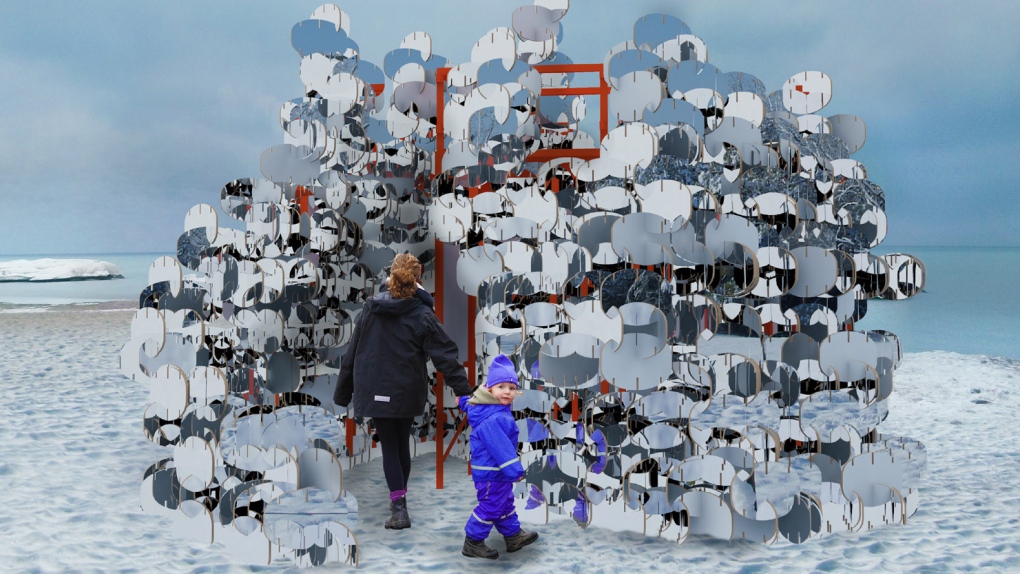 From February 20, Toronto's beachfront will be dotted with art installations that will take over lifeguard stations unused during the winter season.

Five winning designs were chosen for the third annual Winter Stations Design Competition, including local and international artists, designers, architects and landscape architects, all of whom will transform the winter waterfront. They are joined by three student projects from nearby colleges and universities.

The theme for the 2017 competition is Catalyst, and artists and designers were asked to consider their submissions as a "catalyst for change" -- particularly in terms of how the materials might be re-purposed or reused.

"The idea of reuse is particularly relevant as we have found many of the Winter Stations installations have taken on a second life after the competition," says Winter Stations co-founder Ted Merrick.

Finalists include "I See You Ashiyu" (Asuka Kono and Rachel Salmela), which is based on the idea of a Japanese hot spring and offers a gathering space with actual warm water; "North" (studio PERCH), featuring 41 suspended fir trees; and "Collective Memory" (Mario García), consisting of translucent walls made of recycled bottles.

"BuoyBuoyBuoy" (Dionisios Vriniotis, Rob Shostak, Dakota Wares-Tani, Julie Forand) uses many small parts to create an overall illusion of drops reflecting and refracting the light; while "The Beacon" (Joao Araujo Sousa and Joanna Correia Silva) is a conical installation in aged wood that will serve as a drop-off site for non-perishable items.

Those winning designs plus the three school submissions will debut on February 20 along Kew, Scarborough and Balmy beaches and will remain in place through March 27.