April Fool's Day 2015: The best pranks and hoaxes this year

From shoes equipped to take your selfies to the discovery of “the force” and even maternity pants for dads, CTV News has rounded up some of the best pranks to hit the Internet on April Fool’s Day. 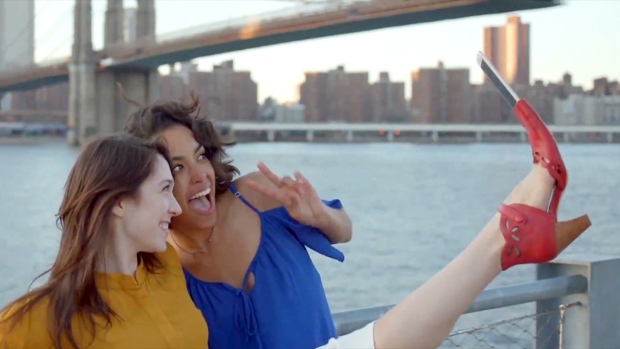 Selfie sticks may be banned by a range of cultural institutions, but no one has banned the selfie shoe yet.

While not yet confirmed to be an April Fool’s prank, the promotional video by Miz Mooz demonstrates how you can take a selfie by using your toes. For those worried about your phone falling out, never fear! The company says the shoes come complete with a docking station to ensure the best selfie is taken. 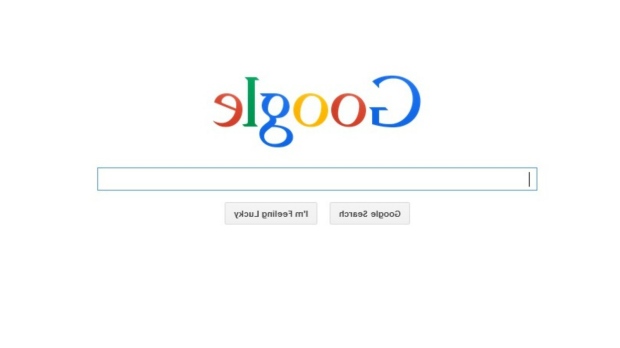 Google’s early April Fool’s prank of turning its map system into a large game of Pac-Man was followed up by two more efforts: com.google and Chrome selfies.

When users go to com.google, they’re given a chance to use the Google search system – but backwards.

Google Chrome users are given a chance to take a selfie instead of replying to texts or messages on social media.

The company claims to be doing a service for all its users.

“Most Chrome users lose up to 6 hours of selfie-taking time every day! And we think it’s a tragedy that your reactions, as well as luscious lashes and beautiful brows, are going uncaptured,” reads the description. 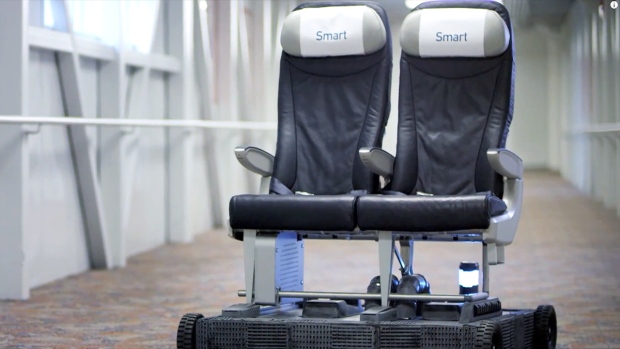 A new WestJet ad promises passengers the luxury of using “smart seats” in a way to skip lineups.

In a video posted to YouTube, passengers are offered a chance to skip lining up and take motorized seats directly from the boarding lounge onto their flight.

As expected, a series of crashes and mishaps ensue. But we will say this, it still looks better than waiting in a line. 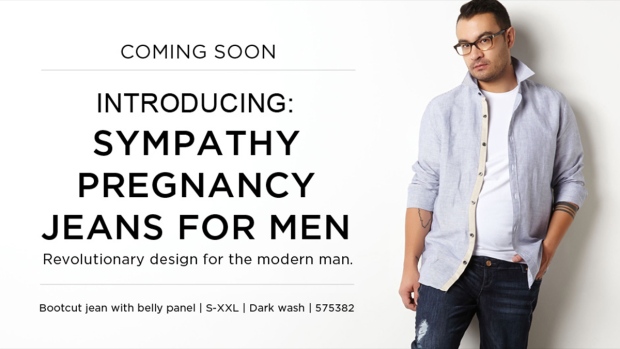 Pants for the expectant husband

Sadly for excited husbands, the jeans are a hoax. 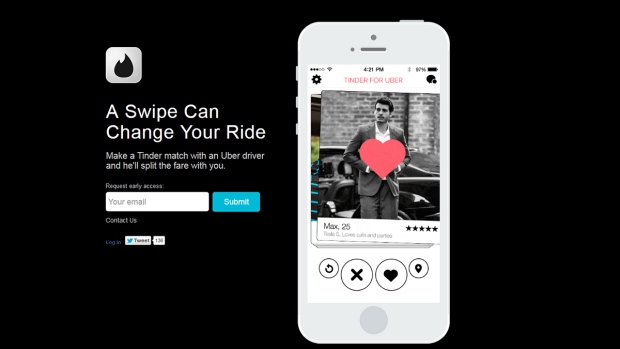 Tinder and Uber announced they were joining forces to add new levels of awkwardness to online dating and ride-sharing.

"When you get a match on Tinder, automatically request a ride to meet on Uber," Uber's joke website read.

And, according to Tinder's prank website, its users now have the opportunity to "make a Tinder match with an Uber driver and he'll split the fare with you." 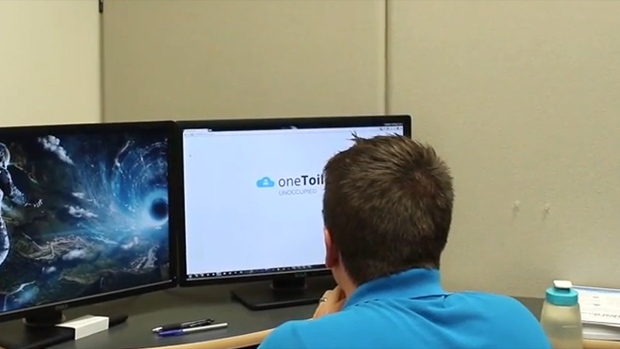 Cloud computing company NIRIX offers a solution to a problem no one knew they had.

They announced the unveiling of oneToilet, a "revolutionary bathroom awareness system" that lets you know when your shared office bathroom is unoccupied, by sending updates straight to your browser.

According to the company, oneToilet will help  you avoid embarrassing situations such as "explaining that you spilled water on your lap… again." 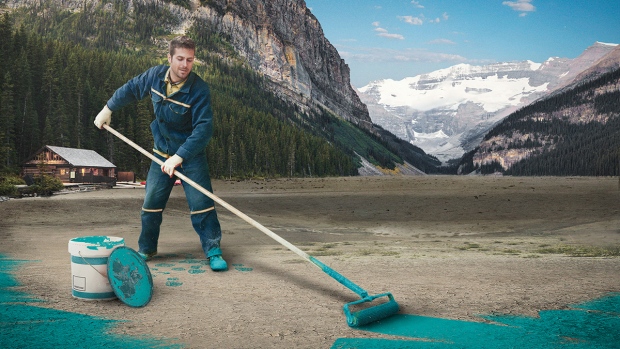 The province of Alberta tried to pull a fast one, announcing on their tourism website that hundreds of residents gathered for the "once in a century painting of the bottom of Lake Louise."

The website said the community event dates back to 1915, when early pioneers of Banff National Park painted the lake bottom to create its 'too good to be true' bright shade of turquoise blue.

President and CEO of Banff Lake Louise Tourism Leslie Bruce said they used "non-toxic, environmentally friendly paint" and Banff Mayor Karen Sorensen said "My grandpa painted the lakebed 100 years ago and here I am now … I hope my own great grandkids will do the same a hundred years from now." 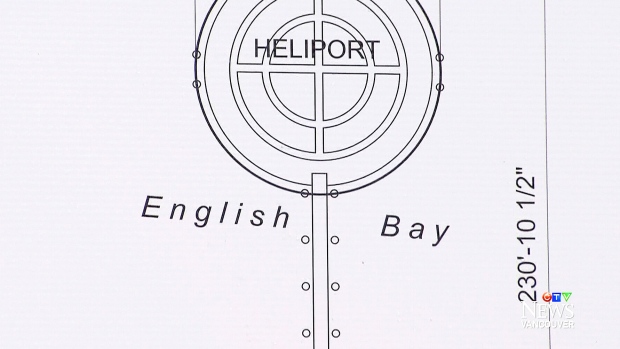 Lululemon founder Chip Wilson pranked his neighbours in Vancouver with a development application to build a massive helicopter landing pad at his mansion.

A sign posted outside Wilson's English Bay home notified residents of plans to build an 8,000-square-foot floating helipad on the property.

Neighbours were quick to slam the proposed project, but before they could get too upset about the plan, some noticed the name of the engineering firm slated to oversee the project: A. Foolisch Engineering Inc.

When calls were made to the phone number listed on the sign, a recording of a woman's voice informed callers that no one was available to speak with them, but to check back on April 1. 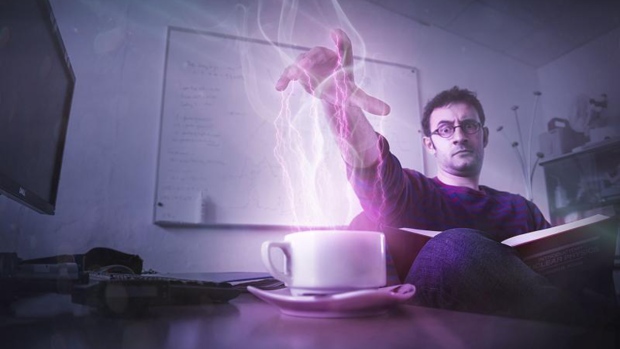 ‘The force’ is strong in Switzerland

The European Organization for Nuclear Research, known as CERN, published a story on its website celebrating the discovery of “the force” in a move sure to please everyone from Jedi masters to Padawans.

Yoda, Darth Vader, Obi-Wan Kenobi and even diminutive droid R2D2 are all referenced in the story in a nod to the famous Star Wars film franchise.

The story wraps up by assuring fans that the “force will awaken later this year” referencing the seventh-installation of the Star Wars film franchise due to be released in Dec. 2015. 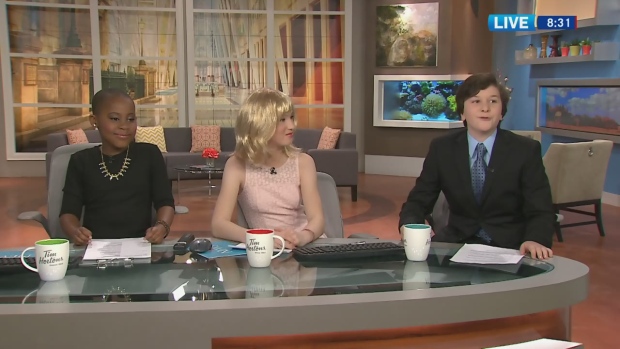 Canada AM anchors get childish

CTV's Canada AM was in on the joke too, with kids taking over the anchor desk for Bev Thompson, Marci Ien and Jeff Hutcheson.

Their news update included flying pigs, unicorn sightings, and the declaration that Taylor Swift is "still amazing and my favourite person of all time," according to Thompson's kid counterpart.

A miniature Hutcheson also discussed things he learned on the Internet, including that cell phones used to be massive and cameras once had film inside of them.