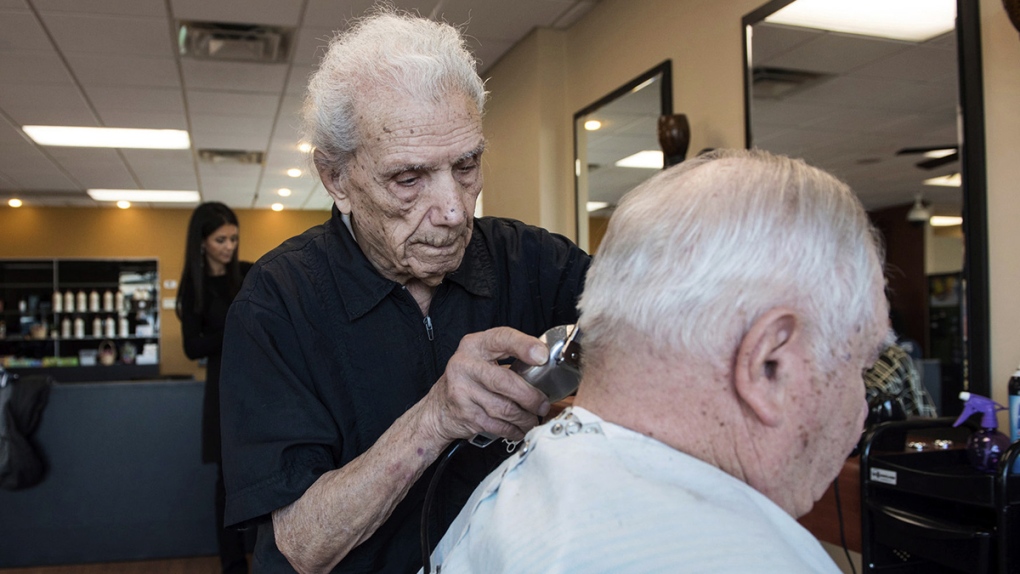 NEW WINDSOR, N.Y. -- A man who was still working as a barber when he was 108 years old has died in New York.

The Italian immigrant worked as a barber from age 12 until this past July in and around Newburgh, 50 miles (80 kilometres) north of New York City.

Guinness World Records credited him with being the oldest working barber.

He opened Anthony's Barbershop of Newburgh in 1930 and owned it for 40 years. He later worked at other shops.

An obituary published by the funeral home says he outlived his wife of 69 years, seven siblings and one of his two sons.

This story has been updated to correct the name of the record-keeping organization to Guinness World Records, instead of the Guinness Book of World Records