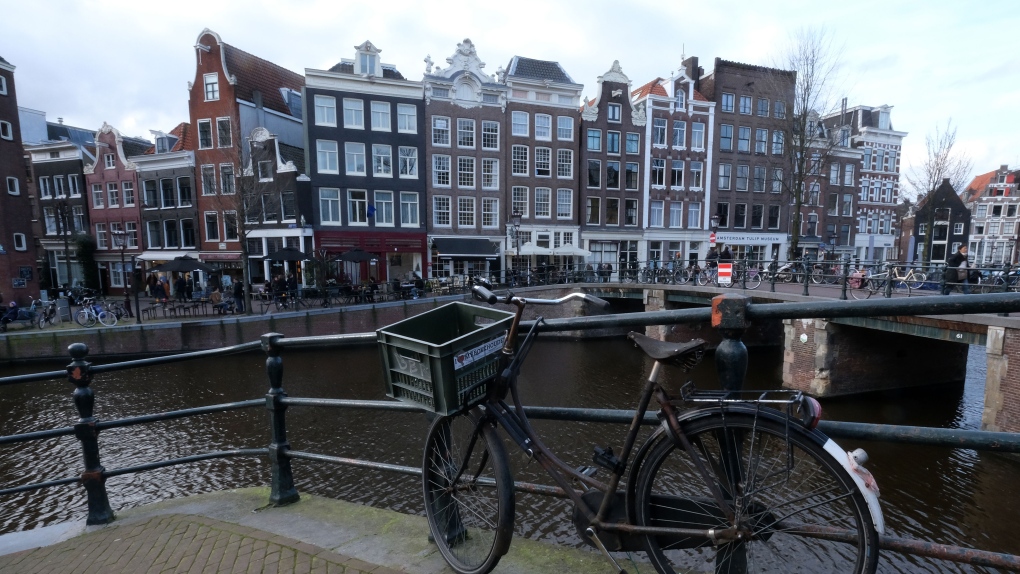 More than half of Amsterdam's residents over the age of 12 cycle daily. The Dutch city is famed for being a cycle friendly city, but now authorities are harnessing flower power to make the city safer for pedestrians. (Yuriko Nakao/Getty Images)

The Dutch city of Amsterdam is famed for being a cycle friendly city, but now authorities are harnessing flower power to make the city safer for pedestrians.

Officials are placing wooden plant and flower boxes along the railings of the city's iconic bridges, stopping bicycle parking on the bridges in the Damstraatjes district, a spokesperson for the city told CNN.

The technique, which has already been used in other areas of Amsterdam, such as Haarlemmerstraat, is designed to allow more space for pedestrians on the sidewalk.

"Space for pedestrians is important, now more than ever. Due to the large number of parked bicycles on the bridge railings, there is less room on the already narrow sidewalks. This creates unsafe situations," deputy mayor Sharon Dijksma said in a statement.

Cycling is popular in the Dutch capital, both among locals and tourists.

More than half (58%) of Amsterdam's residents over the age of 12 cycle at least once a day, and the city is home to some 767 km (477 miles) of cycle paths and bike lanes, according to the city's tourism board.

But there had been concerns that bikes chained to bridges were leading to overcrowded roads, which could harm pedestrians, a spokesperson for the city told CNN.

"By placing flower baskets on the railings of our bridges, we're making space for pedestrians while creating a more visually appealing streetscape," Dijksma said, adding that the first planters were installed in September.

The city hopes that the planters -- which will be maintained by people who live in homeless shelters -- will keep the space looking neat and colourful.