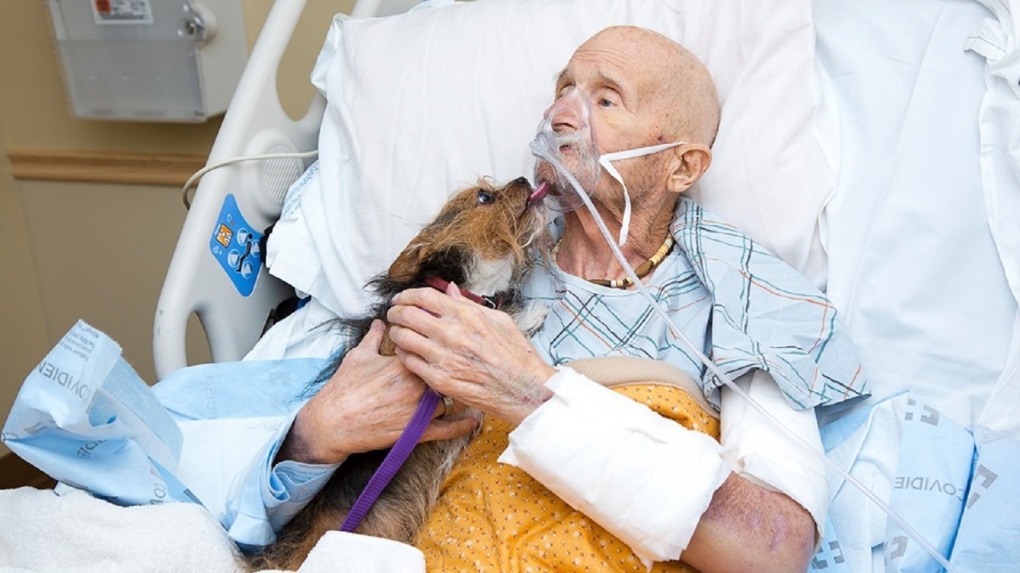 John Vincent, a marine who fought in Vietnam, got to his dog one last time after being transferred to a nearby hospice facility. (Albuquerque Animal Welfare)

When a veteran was admitted to hospice care last week, he had only one last wish: to say goodbye to his beloved dog, Patch.

John Vincent is a Marine who fought in Vietnam. The 69-year-old was hospitalized in Albuquerque, New Mexico, before being transferred to a nearby VA hospice facility.

Because Vincent has no family in the area, his 6-year-old Yorkshire Terrier mix was taken to Albuquerque's Animal Welfare Department.

Adam Ricci, chief of field operations at the city's Animal Welfare Department, told CNN it's standard practice for dogs to end up in their care in situations like this.

But this one was a little different.

A palliative care social worker called and told Ricci that Vincent didn't have much time left -- maybe just a few days. And he had just one dying wish.

"It was an immediate 'yes' from us," Ricci said. "So, we worked with the VA to get things organized."

On Friday, a team brought Patch to the hospice center for the reunion.

The dog spent time on Vincent's bed, cuddling with his owner. You can see the mutual love in their eyes.

"We left Patch there with Mr. Vincent for the whole day, so they could spend one last day together," Ricci said.

Patch has since returned to an animal shelter. Since the story of the reunion went viral over the weekend, people across the country have expressed interest in adopting him.

But Ricci said they shouldn't have any problem finding Patch a home locally.