'A very fundamental question': Is this the world's oldest example of art? 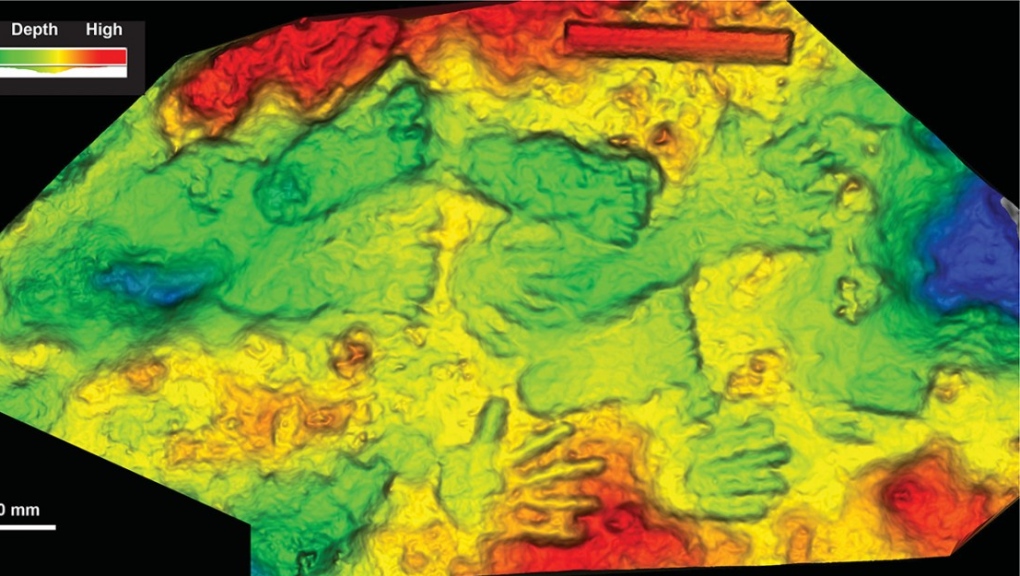 A 3D scan shows what is possibly the world's oldest artwork. A series of hand and footprints created by children more than 100,000 years ago in Tibet. (Credit: David D. Zhang)

TORONTO -- Famous cave art in France, Indonesia and Spain has long been thought to be the oldest of its kind, but a new study sheds light on Tibetan parietal art that is four times older and may have been created by children.

An international team of researchers came together to determine if the hand and footprints discovered on the Tibetan Plateau were indeed art.

To decide if the sequence of hand and footprints were art, the researchers had to first figure out how these prints got there. The series of five handprints and five footprints, the researchers reported, came from two different people, according to a press release.

“It would have been a slippery, sloped surface. You wouldn’t really run across it. Somebody didn’t fall like that. So why create this arrangement of prints?” Thomas Urban, research scientist in the College of Arts and Sciences and with the Cornell Tree Ring Laboratory, said in a press release.

Urban assisted the research team led by David Zhang of Guangzhou University and co-authored the study.

The team of researchers used uranium-series dating to date the artwork. They believe that the footprints were created by a seven-year-old, while the handprints were by a 12-year-old. They also suspect that these kids were ancient relatives of Neanderthals known as Denisovans.

But what really determines if these handprints and footprints are art?

“These young kids saw this medium and intentionally altered it. We can only speculate beyond that,” Urban said. “This could be a kind of performance, a live show, like, somebody says, ‘hey, look at me, I’ve made my handprints over these footprints.’”

For this reason, Urban calls for a broader definition of what is considered art in this context, even if it does rub some the wrong way.

“I think we can make a solid case that this is not utilitarian behaviour. There’s something playful, creative, possibly symbolic about this,” said Urban. “This gets at a very fundamental question of what it actually means to be human."