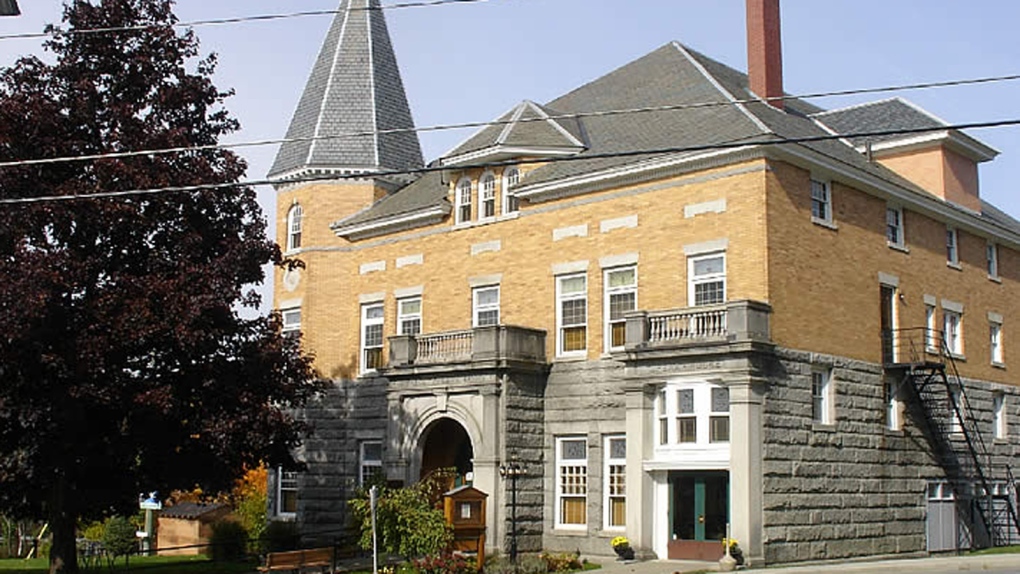 When patrons select a book to check out from the shelves of the picturesque Haskell library, situated half in Quebec and half in Vermont, they inadvertently and freely cross an international border multiple times.

Completed in 1904, the Haskell Free Library and Opera House was purposely built to lie in both the Quebec town of Stanstead and the Vermont town of Derby Line.

Commissioned by Canadian Martha Stewart Haskell, in memory of her husband, American sawmill owner Carlos Haskell, the library was constructed directly on the Canada-U.S. border, with the aim of providing of the surrounding communities with a shared cultural centre and learning space.

The large multi-storey Queen Anne-style structure also contains a fully-functioning opera house, which hosts performers, musicians and lecturers from around the world.

The international boundary is maintained throughout the building, with different sections of both the library and theatre lying on either side of the border.

For example, the entrance to the library is on the U.S. side, while the books are on the Canadian side, and the reading room is "international,” with parts lying in Canada and parts lying in the U.S. There is even a black strip running down the library's main room, demarcating the boundary.

Similarly, the opera house is also divided, with the stage lying in Quebec and the theatre seats situated in Vermont. 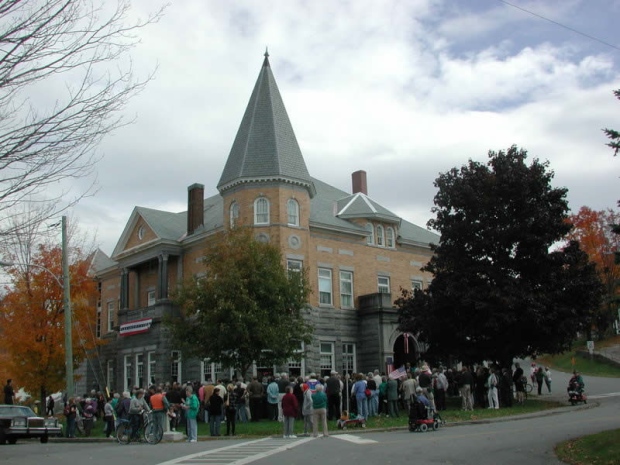 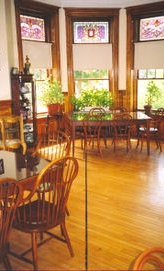 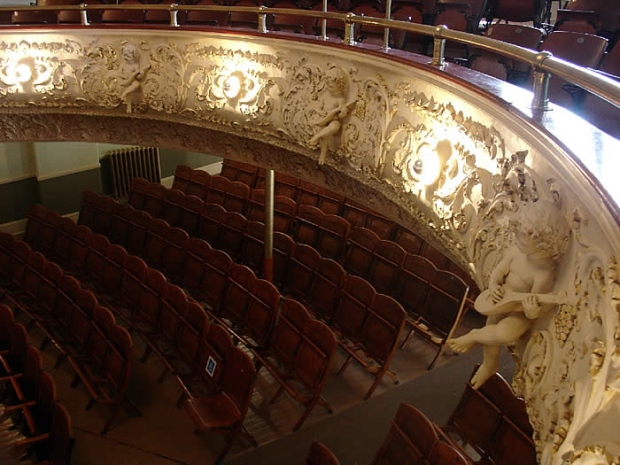 While the building is technically an American one – because the entrance lies in Vermont – it is fully accessible to residents of both Stanstead and Derby Line.

As well, the library is staffed by both Americans and Canadians, with services offered in both English and French.

Similarly, the QNEK Productions theatre company that stages shows in the opera house is made up of performers from both Vermont and Quebec.

Canadians wishing to enter the building are not required to go through customs, even though they are crossing the border, long-time Library Director Nancy Rumery said. 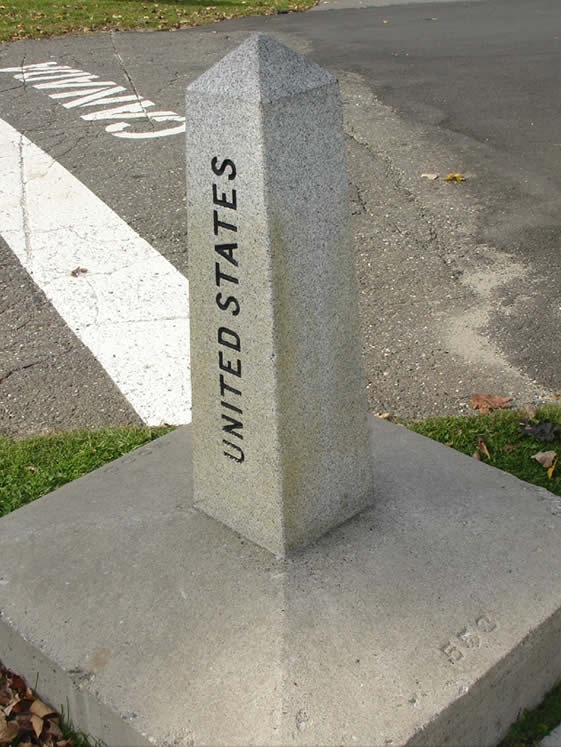 "As long as their vehicle remains on the Canadian side of the street, they may walk around and enter the library," she told CTVNews.ca in a telephone interview. "As long as they go back the same way there's no problem."

"First time visitors and old friends of the Haskell Free Library and Opera House must be aware that the border between Canada and the United States that runs through our building is real and it is enforced," the website reads.

In recent years, security has been stepped up in the border towns following cases of illegal border crossings, and a 2012 case where a Florida woman allegedly smuggled guns into Canada via the library.

Haskell Opera House theatre director Lynn Leimer said the theatre has become a special place for the communities of Stanstead and Derby Line to celebrate the arts together.

"They're struggling communities, economically, on both sides of the border," she said. "By having the arts available, not only does it lift the spirits of the communities, it draws them in to share culture.

"Our audiences are both Canadian and U.S., and it becomes a meeting of the minds… it's just a really special place that resonates on both sides of the border." 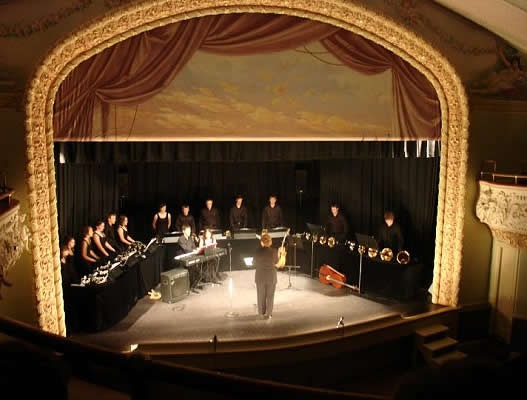 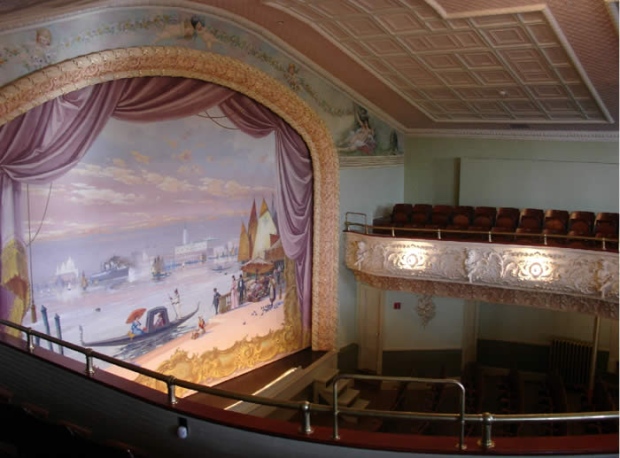 Leimer said the 400-seat theatre is unique not only because of its location, but because it has not changed since it was built in 1904, with the exception of the addition of an elevator and a sprinkler system.

“There’s a flavour to this building that is unlike any other,” she said.

Because of its unique characteristics, the Haskell building has been listed as a national heritage site in both Canada and the U.S.

On the Canadian Register of Historic Places, the library and opera house are noted for their "unusual location, dual function and the long-term sense of community and goodwill they symbolize."

But Rumery said that the library really isn't that different from the thousands of libraries in communities across North America.

"I don't really think of it as serving two countries," she said. "We're just trying to be the best library we can, and our community is made up of people from two different countries.

"We don't think of it in that big symbolic way that I think a lot of people do. These are all our neighbours and we do our very best to help them on their life-long learning journey."

Tours of the opera house are offered from mid-May through mid-October, Tuesday through Saturday during regular library hours. A suggested donation of $5 is recommended per adult for the 25-minute tour.

If you'd like to watch a show at the opera house, check the opera house's website or the QNEK Productions website. Keep in mind that the season only run from mid-May to October.

Visitors looking to spend the weekend in the area can find a list of accommodations and other attractions on the Stanstead and Derby Line websites.