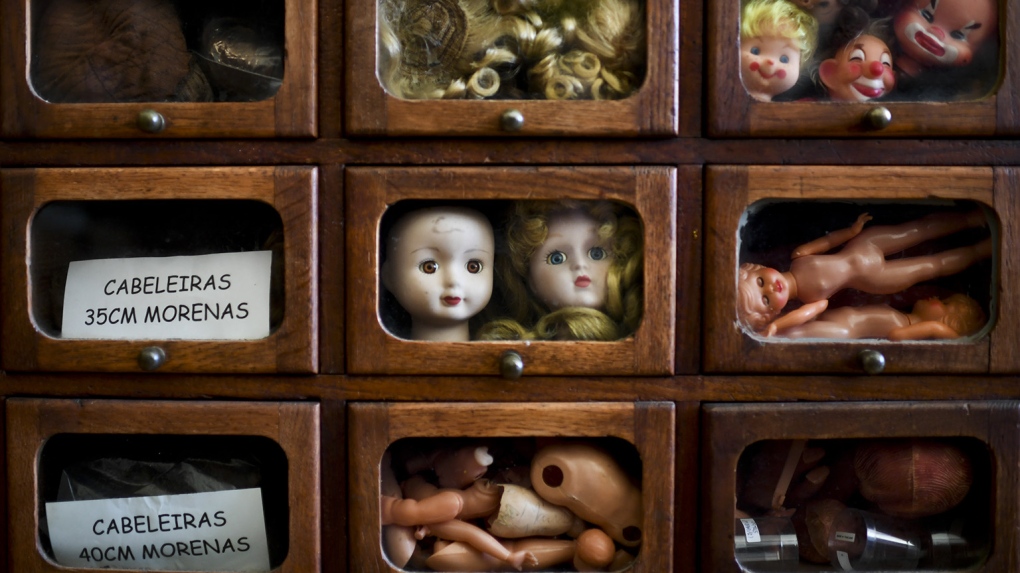 In the heart of old Lisbon, there's a "hospital" that treats patients who are small and fragile, often mangled and battered, and sometimes more than 100 years old.

This rare facility mends the cracked head, broken limb or missing eye of many a child's favourite toy -- their doll.

The loving care given at Lisbon's doll hospital has been going on for five generations.

"We have clients from all over the world and all ages. There are museums which ask us to restore pieces, also private collectors, but the vast majority of our clients are individuals -- people who are sentimentally attached" to their dolls, says Manuela Cutileiro, 72, the hospital's owner.

The dolls all have a patient file and are painstakingly restored by the skilled hands of three women "surgeons", who give them a new body part or hair, chosen from drawers full of pieces of dolls, a macabre collection of heads, limbs and eyes.

The establishment, known as Hospital de Bonecas, was founded in 1830 and is described in the tourist guides to Portugal's capital as one of the oldest doll hospitals still in operation.

"They say we are among the last in the world to do this work," says Cutileiro, a former school teacher.

But she shrugs off accolades. "We do our work in our little corner, without worrying about records or statistics."

Some 4,000 dolls can be found inside. There are 100-year-old dolls with porcelain heads, along with dolls dressed in costumes from different regions of Portugal, as well as some modern Barbies.

"For us a contemporary doll is 20 or 30 years old. The old ones are those which are already centenarians," says Cutileiro, carrying on the family enterprise.

Its origins go back to the 19th century when "a little old lady", Carlota da Silva Luz, would make rag dolls, sitting in front of her herb shop in Praca da Figueira, where there was a large outdoor market.

Over time, the aromatic and medicinal herbs gave way to shelves of dolls, which today fill a window display at the entrance to the hospital, with a museum dedicated to them on the first floor.

And it seems as if the pace of times past continues at the doll surgery. No rush procedures here.

"We make sure that time passes less quickly here than it does outside," says Cutileiro. "People have to wait."