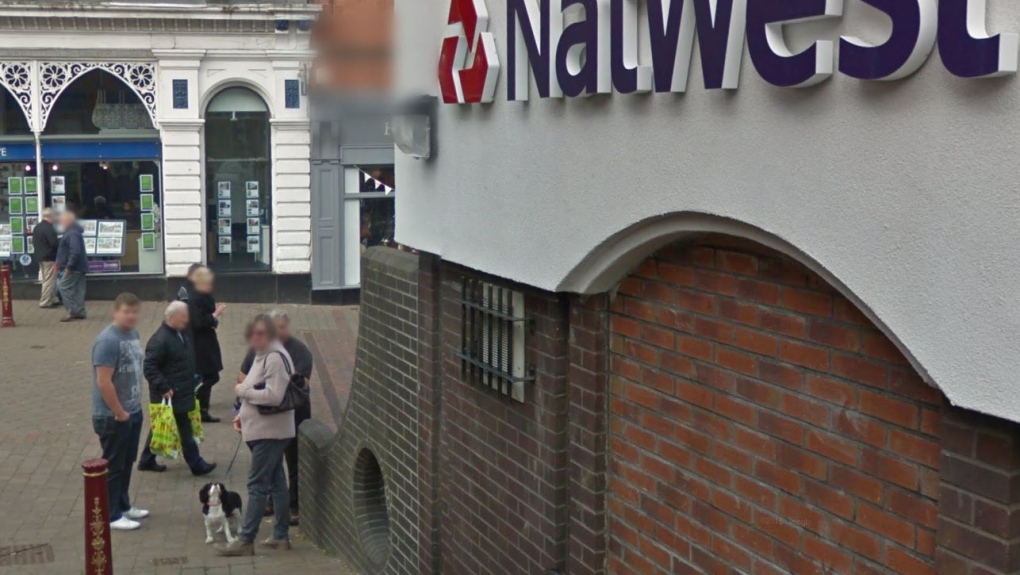 TORONTO -- A hole in a wall outside a bank has risen to fourth place in an English town’s top attractions, thanks to online pranksters.

The “NatWest hole” in Ilkeston, so named after the bank attached to the wall, has been dubbed a “paradigm of British architecture” among a slew of fake five star reviews.

The hole is now fourth out of 16 things to do in Ilkeston and the spoof reviews keep coming.

“The city of Agra has the Taj Mahal, Paris has the Eiffel Tower and Sydney has its Opera House,” one reviewer wrote.

“But they all pale in comparison to the impact on the soul of first laying eyes on Ilkeston’s Hole in the Wall. Pilgrims flocks from afar, Kodak disposable cameras gripped in their sweaty excited palms, to witness one of Britain’s true wonders.”

The first review of the hole was posted in December 2018 by TripAdvisor user Nathan A, sparking an avalanche of praise for the hole.

“A sight not to be missed when visiting Ilkeston. An Ilkeston institution.”

There have now been 63 reviews of the site and the tongue-in-cheek approval keeps rolling in.

“Having been fortunate to travel to many destinations across the globe, this has to be one of the best examples of a circular hole I’ve seen,” one wit wrote.

“All-round I’d recommend a visit, just be careful of the one-way streets or you’ll be going around in circles.”

As of Feb. 22, the hole has a five-star rating on TripAdvisor.

In a review titled “thrilling,” another user wrote “not the biggest hole in Ilkeston but by far the best.”

A NatWest spokeswoman told the BBC the hole was introduced during a mid-1990s refurbishment as a safety feature so people using the cash machine could see if anyone was lurking behind the wall.

This NatWest hole isn’t the first time TripAdvisor users have trolled the site.

In 2017 a journalist at Vice.com made his garden shed London’s top restaurant on TripAdvisor thanks to fake reviews, “mystique and nonsense.”