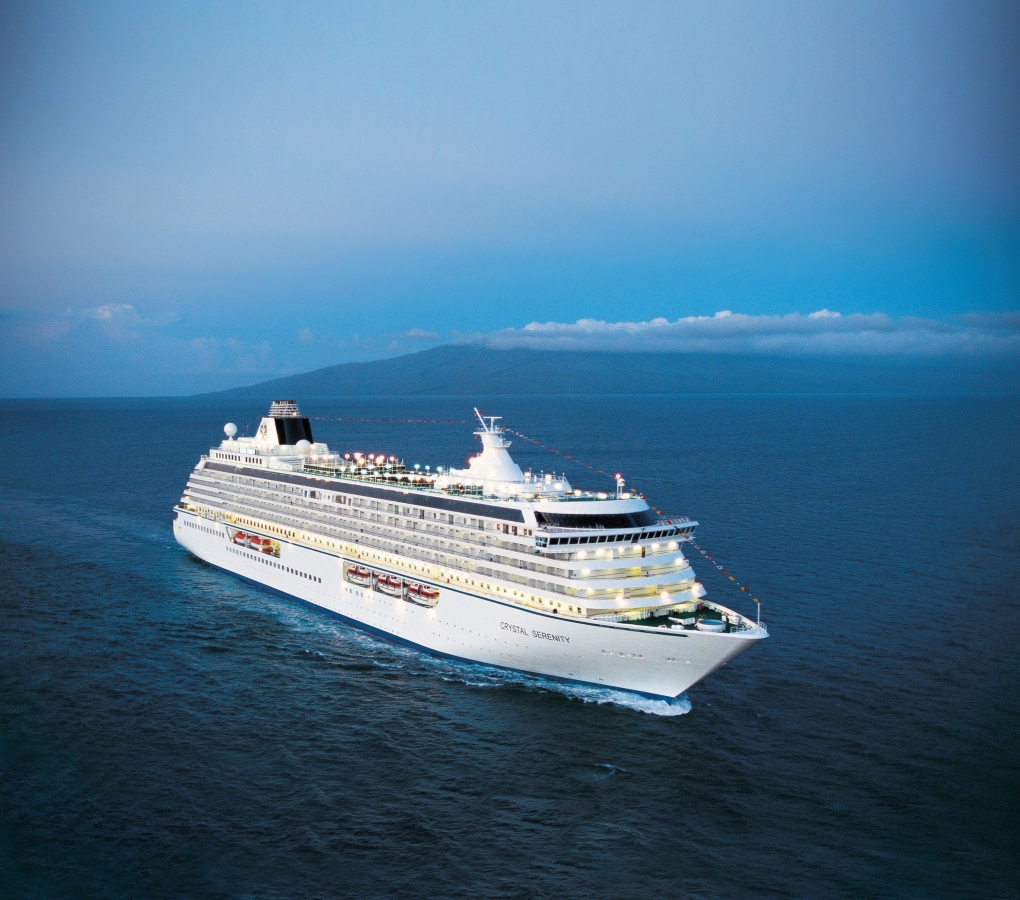 The cruise ship Crystal Serenity is shown in a handout photo. (THE CANADIAN PRESS / HO)

ANCHORAGE, Alaska -- The Coast Guard is gearing up for the inaugural voyage of a luxury cruise ship through the Northwest Passage and said Thursday the Crystal Serenity easily passed a routine inspection.

The 820-foot ship will depart Aug. 16 from Seward for the 32-day trip to New York City, travelling from the Pacific Ocean to the Atlantic by way of the Arctic Ocean. It will carry more than 1,700 passengers and crew

It will cross the Gulf of Alaska, travel north through the Bering Sea and reach Nome on Aug. 21. The luxury cruise ship will continue through the Bering Strait into the Chukchi and Beaufort seas before crossing into Canadian waters. Stops in Greenland are scheduled before the ship turns south and reaches New York on Sept. 17.

The voyage is of high interest to Coast Guard officials in Alaska, who until a few years ago were not overly concerned with Arctic waters because they were mostly frozen and free of ship traffic.

"I'm pretty sure that since this is an inaugural trip, there's going to be a lot of people checking its progress daily to make sure it doesn't run into any problems," Neely said.

Inspectors in Juneau over five hours Wednesday watched crew members simulate an "abandon ship" order. They demonstrated their ability to direct passengers and load and lower lifeboats within 30 minutes. Part of the drill is making sure people who speak different languages are understood.

"There are some standard hand signals that can be used to direct passengers," he said.

Another drill simulated a ship fire.

"We watched their fire crews respond to a fire in an engineering space," Neely said. "They got suited up in their protective suits, took out fire hoses, actually tested their installed firefighting system. Everything was great on that front too."

The Crystal Serenity was built with an ice-strengthened hull that's one level below an icebreaker, Neely said.

The cruise ship expects to move in ice-free water will carry marine pilots who can navigate through ice. Crystal Cruises spokesman Paul Garcia said the ship will be accompanied by an escort vessel with ice-breaking capability and helicopters that can scout for ice.

The cruise line is taking reservations for a 2017 Northwest Passage trip, Garcia said.