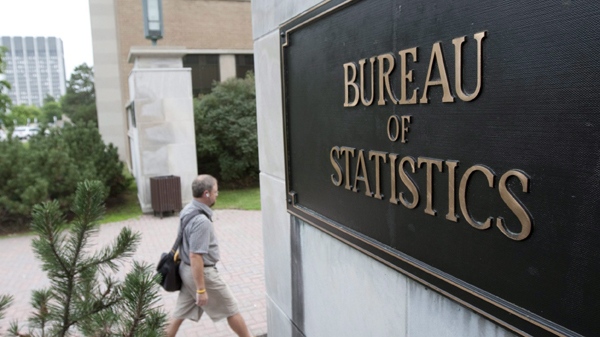 An employee make his way to work at Statistics Canada in Ottawa on Wednesday, July 21, 2010. (Sean Kilpatrick / THE CANADIAN PRESS)

OTTAWA, Ont. - The Speaker of the House of Commons has rejected an NDP request for an emergency debate on the cancellation of the mandatory long census.

Peter Milliken says the request from NDP Leader Jack Layton doesn't meet the requirements for such a debate.

He says if the NDP wants to debate the census decision, it can bring it up at the next day set aside for matters raised by opposition parties.

Layton argues it's not too late to reverse the government's decision to replace the mandatory long form with a voluntary version.

Even if the debate didn't change anything, he says, it would force the government to discuss its decision.

He says it's a way to pressure an intransigent government.

If the long-form census is lost, Layton said, "there will be irreversible damage to Canada's vital, statistical resources."

The Conservatives quietly decided in June to scrap the mandatory long census and replace it with a voluntary version. They argued that the long form probed too deeply into the private lives of Canadians and threatened them with jail for refusing to answer the questions.

"Our approach is a very fair and reasonable one," Industry Minister Tony Clement told the Commons on Monday. "We want to find a better balance between gathering the necessary data and Canadians' right to privacy."

But the move was met with vigorous opposition from a wide array of professional organizations, minority-rights advocates, provincial and municipal governments as well as opposition politicians. They say the replacement voluntary survey won't produce reliable results, especially when it comes to understanding small communities and minority populations.

Most recently, Bank of Canada Governor Mark Carney said the quality of some of the bank's economic research would be hurt by the lack of solid data.

The replacement voluntary survey has already been sent to the printers and the civil servant in charge of the 2011 census has said it's too late to bring back the mandatory form.

But former chief statistician Ivan Fellegi said Ottawa could postpone the whole census to September 2011 from May, gaining a few extra months to re-establish the long census.