Layton's ashes to be scattered in three places 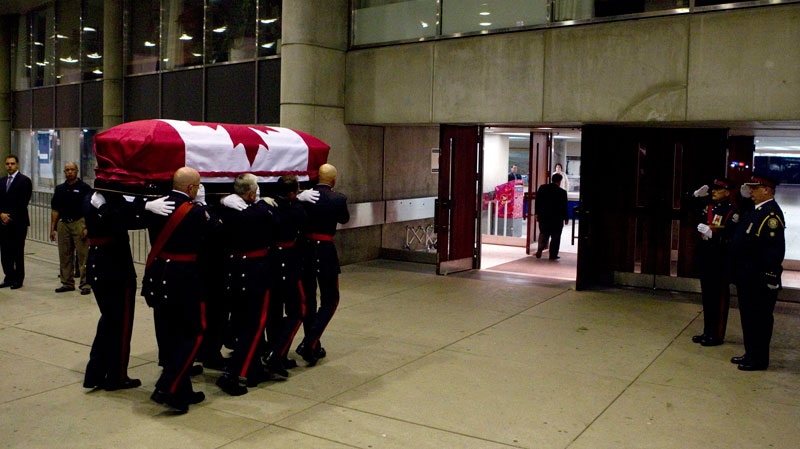 TORONTO - After Jack Layton is remembered with a large and public state funeral he will have three final resting places.

NDP officials say some of Layton's ashes will be planted along with a memorial tree at the cemetery affiliated with Wyman United Church in Hudson, Que., where Layton was raised.

Jack's ashes will also be scattered on the Toronto Islands, where Layton married his wife MP Olivia Chow in 1988.

A memorial tree will also be planted at the site on the islands.

The remaining ashes will be buried at the St. James Cemetery in Toronto, not far from where he and Chow lived.