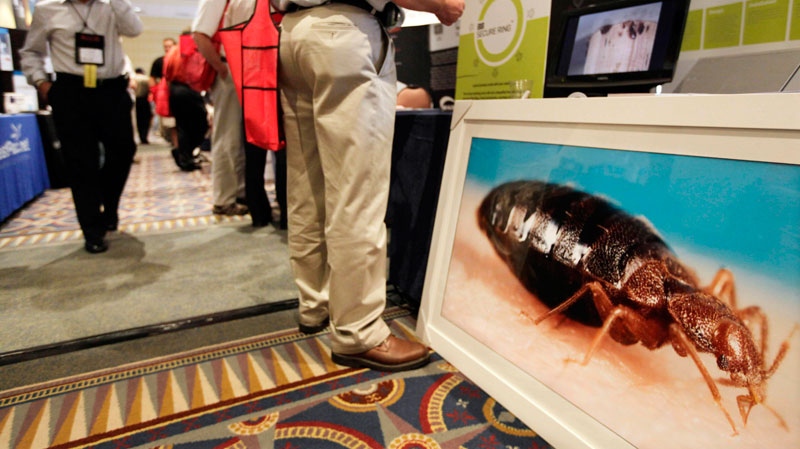 Sandra Sidsworth has developed a simple but effective system to cope with bed bug infestations in the non-profit housing units she helps manage in Eastern Ontario.

It's a simple process for dealing with the invasive, fast-multiplying insects that can quickly take over a home, or even an entire building.

It sounds like a simple and even somewhat obvious solution. But when Sidsworth shared her system at the Ontario Non-Profit Housing Association conference there was a clear 'a-ha!' reaction from other housing providers and tenants.

That's because the bed bug population has exploded in recent years and many housing providers are at their wits' end, desperately looking for any tips that will help them deal with the crisis.

That was the point of the recent workshop hosted by Kevin Bradley, ONPHA's bed bug czar. He said his goal is to promote proper techniques within the non-profit housing sector, as landlords struggle to cope.

Between 1950 and 1990, Bradley said, there were no reports of bed bugs in Canada. Between 1990 and 2000 there were a few rare cases, but in the last decade the bed bug population in Canada, and worldwide, has approached infestation proportions, and providers and tenants alike have faced a steep learning curve.

"We've seen a huge worldwide comeback," Bradley said during his workshop. "Now we hear about them all the time."

He blamed lack of awareness, increased resistance to pesticides, greater local and international travel and the use of ineffective and sometimes dangerous home remedies -- such as placing hot coals on a bed -- for the increase in the population.

Sidsworth, supervisor of community relations with Hastings County, is well aware of the growing problem. She and her staff have become "experts on the fly," when it comes to bed bugs.

Hastings County in southeastern Ontario is a largely rural area, and Sidsworth said many of her clients don't expect bed bugs to be a problem outside of big cities.

But they've had to deal with countless infestations in both urban areas and the countryside, and particularly in seniors' buildings.

"We had a lady who was partially blind, and didn't realize she had bed bugs," Sidsworth said.

"She only knew she was reacting to something and by the time she finally felt like she could bother us, we had to throw out a lot of her belongings. It was heartbreaking. They were crawling across the bed, they were crawling on her, they were everywhere."

Sidsworth said there's a misconception that bed bugs are directly linked to poverty. She said bed bugs only become a poverty issue when those with a limited income can't afford to hire exterminators to remove the insects.

It's misconceptions like that that Bradley is out to dispel. Another, he said, is that bedbugs are attracted to dirty homes.

He explained that bed bugs feed on human blood, and are therefore attracted to any home where there are people, regardless of cleanliness. That can include luxury hotels and even hospitals.

The belief that bed bugs can jump from person to person is also untrue, or at least extremely rare, Bradley said.

Bed bugs tend to hide in cracks and crevices, and emerge to feed on their human host, usually at night, but then return to their hiding place afterwards.

Nor do bed bugs carry disease, or have the ability to fly or jump.

They are small creatures, about the size of an apple seed when full grown. They begin life as an egg, and go through five nymph stages before becoming an adult -- a process that takes four to six weeks.

Females can lay 500 to 600 eggs, meaning one or two bed bugs can turn into a massive infestation within a couple of months, if not caught and treated early.

Lack of early treatment is often a key factor in the spread of bed bugs, not only through a single home or unit, but often through several units or sometimes an entire building.

Mark Cormack, a tenant representative from a Toronto Community Housing Corporation site in Scarborough, said there is a stigma attached to bed bugs and people are often hesitant to admit they have a problem.

"People don't always want to say anything because they're embarrassed, and the next thing you know people are visiting them and then taking the bed bugs home with them," Cormack said.

His main goal at the conference was to collect information from experts like Bradley to help arm his fellow tenants -- particularly seniors and those with disabilities -- to deal with bed bugs.

"I have never had the privilege of having bed bugs, thank the Lord, and I don't want to. But I can ask questions and get information and hopefully get pointed in the right direction," Cormack said.

Toronto has been the epicentre for the bed bug war in Ontario. In the first nine months of this year Toronto Public Health responded to more than 1,500 requests for help battling bed bugs. It has inspected another 3,500 apartments.

Like Cormack, the city is also looking for help. Toronto requested $15 million from the province over five years to help deal with bed bugs in the city, but the request was turned down as the province considers its options.

Coun. Paula Fletcher is now pushing for $3 million from the city to establish a dedicated bed bug unit

"Containing them, killing them with heat, caulking and sealing units, developing best practices; that is what we have learned here over the last four years. We have done enough research. We need dollars for action," Fletcher told CTV News.