Kanye West says he was a '32 year old child' 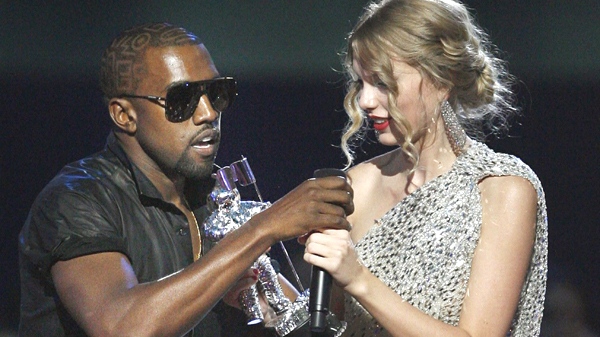 Kanye West reached out to fans -- and those who hate him -- in a string of posts on Twitter this morning, addressing his on-stage interruption of Taylor Swift and remarks made five years ago about former U.S. president George W. Bush.

"There are people who don't dislike me… they absolutely hate me!" he tweeted.

Celebrities like West have embraced Twitter because it allows them to bypass media and speak directly to fans. In fact, he thanked the creators of Twitter in one of several posts Saturday morning.

"Thank you Biz Stone and Evan Williams for creating a platform where we can communicate directly," he wrote.

West also touched on an unscripted remark during a Hurricane Katrina telethon in 2005. As he stood next to Canadian comedian Mike Myers, he looked at the camera and said: "George Bush doesn't care about black people."

The remark came after widespread media coverage of the slow disaster response to Katrina, when photographs of stranded New Orleans residents were on the front pages of newspapers around the world.

"The media has successfully diminished the ‘receptive' audience of … KANYE WEST," he tweeted, adding "…taking a 15 second blip the media have successfully painted the image of the ‘ANGRY BLACK MAN' The King Kong theory."

West, who has been celebrated and reviled for his sometimes larger-than-life ego, also said he's trying to be more humble. He has repeatedly thanked his fans, and in the past week alone has given out two free songs on his website.

"I'm ready to get out of my own way. The ego is overdone… it's like hoodies," he wrote.