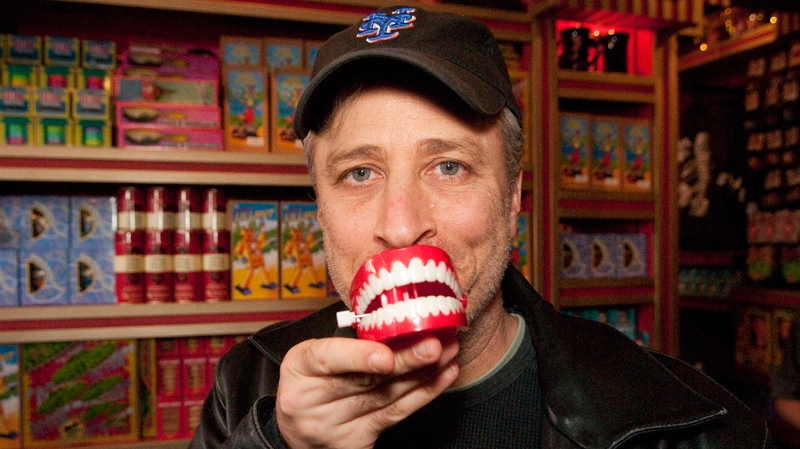 The Quebec town of Asbestos was the object of ridicule on one of the world's most popular comedy programs Thursday night.

"The Daily Show with Jon Stewart" produced a sometimes tongue-in-cheek report that was also indignant about the town's attachment to the asbestos industry.

It interviewed local officials who said chrysotile asbestos is perfectly safe if handled properly -- and it also spoke with a Canadian Medical Association doctor who dismissed that suggestion.

The piece began with light mockery but took on a more serious tone toward the end.

It reminded people that asbestos is blamed for 100,000 deaths a year and that there's little evidence the product is handled safely in India, the prime market for Quebec asbestos.

At one point, the comedian-reporter on the story -- Mumbai-born Aasif Mandvi -- tells a local official he has family in India. He scolds the asbestos advocate and asks: "What's the French word for douchebag?"

Quebec holds the last of Canada's remaining asbestos mines and has recently announced a $58-million loan guarantee that will keep one of them open.

As the segment ended, Stewart chuckled as he cut to commercial.

It's wasn't the first time the town was fodder for foreign comedians. An Australian TV show once held a contest for advertising professionals to try making tourists want to visit the place.