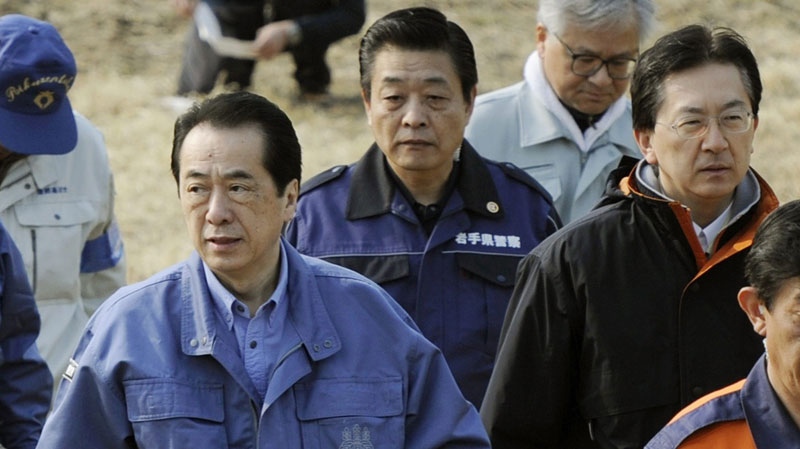 Japan's prime minister is headed to the nuclear crisis zone, where radiation from the crippled Fukushima Daiichi plant continues to leach forth, as he warns that the disaster is still far from over.

Naoto Kan was due to visit a base that was being used for firefighters and engineers working at the plant to cool the six reactors. Before he left, he warned of a "long-term battle" at the facility.

"We are focusing on stabilizing the conditions there using every bit of expertise available," he said. "I am convinced we will be able to achieve it. I do not know for now how long this will take."

Earlier, during a nationally broadcast news conference, he said: "I am prepared for a long-term battle over the Fukushima nuclear plant and to win this battle."

The safety agency, NISA, has ordered TEPCO, the Tokyo Electric Power Co., to review its recent radiation measurements taken from the air, seawater and groundwater around the leaking plant.

Among the measurements that may be too high was one from Thursday that showed groundwater under one of the reactors contained iodine concentrations were 10,000 times the government's standard for the plant. Seawater and air concentrations also are under review.

"We have suspected their isotope analysis, and we will wait for the new results," said safety agency spokesman Hidehiko Nishiyama.

TEPCO has repeatedly been forced to retract its figures, conceding that there may be an error in the computer program used to analyze the data.

That's only further fuelled doubts among local Japanese that the company is now able to respond adequately to the crisis.

No matter the numbers, it seems clear that radiation is still streaming out of the plant unabated, even after the risk of a core meltdown has dropped.

There are continued worries that radiation seeping into the ground under the plant could seep into wells in the area. Contaminated water from the plant could also seep into underground waterways and eventually into rivers used for drinking water.

That's left engineers with the dilemma of deciding whether to continue to douse the reactors to prevent overheating, even though that could add to the radiation problems, by increasing water flows.

For now, the two closest filtration plants for drinking water have both been shut down because they are just inside the exclusion zone.

"When people return to the area we will test the water to make sure it is safe," said Masato Ishikawa, an official with the Fukushima prefecture's food and sanitation division.

But it is also becoming clear that the 70,000 local residents already evacuated from around the damaged complex may not be able to return for some time yet.

Japan's Chief Cabinet Secretary Yukio Edano said the evacuation would be a long-term operation. Some nuclear experts say it could take years -- possibly decades -- to make the area around the plant safe.

Three weeks after the disaster, more than 175,000 people are still living in shelters. As well, 260,000 households still do not have running water and 170,000 do not have electricity.

The event looks likely to be the world's costliest natural disaster, with estimates of damage topping US$300 billion.