Iran says no reason to halt 20 per cent enrichment 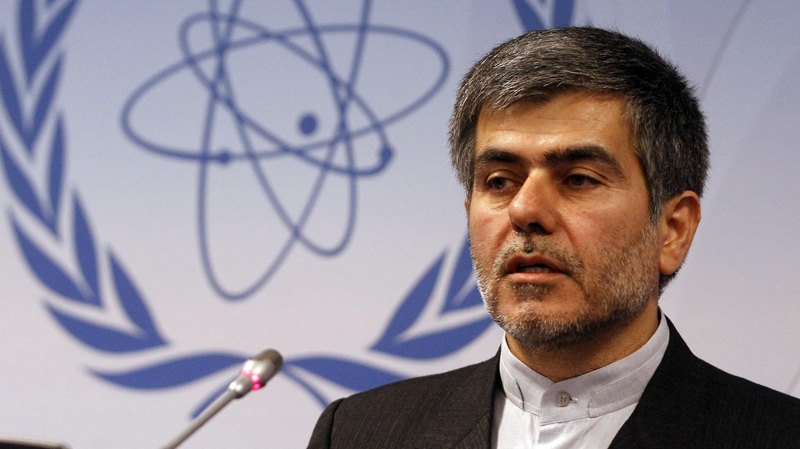 TEHRAN, Iran - Iran's nuclear chief said Sunday there are no reasons at the moment for his country to halt production of uranium enriched to 20 per cent, a key demand of world powers, and Iran is planning two new reactors.

The West is concerned that the 20-per cent enrichment could quickly be turned into nuclear weapons-grade material. Iran insists its nuclear development program is for peaceful purposes.

The nuclear chief, Fereidoun Abbasi, was quoted by the semiofficial ISNA news agency as saying that Iran will continue the higher enrichment level for a medical research reactor that produces isotopes for treatment of about 1 million cancer patients in Iran.

"There is no reason for us to back down on 20 per cent-level enrichment, because we produce only as much 20 per cent material as we need," Abbasi said. "Not more, not less."

Abbasi was quoted by state TV as saying Sunday that Iran is in the very early stages of planning the new 1,000-megawatt nuclear power plants and that it may begin construction within a year or two.

He also said Iran has not yet been convinced to allow the U.N. nuclear agency access to a military complex to probe suspicions that in 2003, Tehran secretly tested explosives needed to set off a nuclear bomb. The suspected blasts would have taken place inside a pressure chamber.

Abbasi's statement about enrichment echoed Iran's objections last week at a meeting with world powers in Baghdad to a proposal to suspend 20 per cent enrichment in exchange for a U.S.-supported package that would include supplying Iran with radioactive material and civilian plane spare parts.

Iran seeks to have Western oil embargo and banking sanctions eased before considering suspension of 20 per cent enrichment.

The six powers -- the United States, Russia, China, Britain, France and Germany -- fear the higher-enriched uranium could be quickly boosted to weapons-grade material of 95 per cent.

U.S. officials have said Washington will not ease its insistence that Iran must fully halt uranium enrichment, but speculation is increasing that the priorities have shifted to block the 20 per cent enrichment level while possibly allowing Iran to maintain lower-level nuclear fuel production, at least for now.

Abbasi said a visit by IAEA to Parchin military site, southeast of Tehran, will not come any time soon.

"We haven't been convinced yet (to allow an IAEA visit to Parchin). No reasons and documents have been presented to enable us to arrange a visit to Parchin, which is a military site," he was quoted by ISNA as saying.

Iran has never said whether the alleged chamber existed, describing Parchin as a conventional military site, not a nuclear facility.

Iran previously said IAEA inspectors would be allowed to visit Parchin, but first there would have to be agreement between the two sides on guidelines for the inspection.