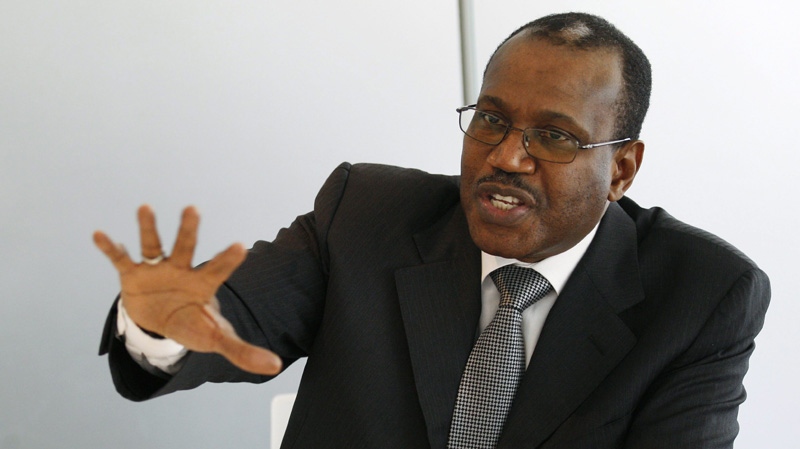 Officials from 18 countries held an impromptu, late-night meeting earlier this month at the United Nations office in Geneva, and made a decision that rattled Internet technocrats around the world.

Autocratic governments like China and Iran attended the meeting, as did several democratic ones. Despite protests by Portugal and the United States, they voted to staff a working group on the future of the Internet Governance Forum -- an important theatre of discussion on matters of cyberspace -- by governments alone.

The seemingly arcane move reverberated through a community of technical experts, academics and civil society groups who felt they had been unfairly excluded.

Fourteen technical organizations that help oversee how cyberspace runs wrote an open letter asking the UN Commission on Science and Technology for Development (UNCSTD) to reverse its decision. Meanwhile the Internet Society, an umbrella group that helps manage technical standards online, posted a petition to its website in protest.

"A significant fuss has been kicked up about it," said Byron Holland, president and CEO of the Canadian Internet Registration Authority, which manages the .ca domain.

Even Google waded into the fray. Vint Cerf, a vice-president at the online behemoth and one of the pioneers of the Internet, added his name to the petition, alongside 2,600 others. He also attacked the UN decision in a Dec. 17 blog post on Google's website.

"We don't believe governments should be allowed to grant themselves a monopoly on Internet governance," Cerf wrote. "The current bottoms-up, open approach works -- protecting users from vested interests and enabling rapid innovation. Let's fight to keep it that way."

Eleven days later the UNCSTD buckled under the pressure, according to the Internet Society, and agreed to include up to 20 non-governmental groups.

The episode underscored what has become an uneasy relationship between organizations that have helped gently steer the Internet since its infancy, and UN bodies that came to focus on Internet governance during the 2000s as cyberspace continued to unfurl across the brick-and-mortar world.

"The root of the debate here is a philosophical difference between how you approach the future governance of the Internet," Holland told CTV.ca by phone. "Everything that goes forward from that will have a very different tone or direction."

Technocrats like Holland have also been hinting at a specific threat: that the UN could become a forum where authoritarian governments who are riled by the free flow of information work to put the breaks on its superhighway.

A second UN body -- the International Telecommunications Union (ITU), which manages the world's radio frequencies and orbiting satellites -- has been debating who should govern the Internet for years.

Its secretary general, Hamadoun Toure, would like to spearhead the creation of a "cyber peace treaty" to prevent the Internet from becoming another domain in which countries wage war against one another, as they do by air or at sea.

"Cyber threats can reach critical infrastructure of any country, the nerve centre of any nation," Toure said by phone from Geneva. "A sophisticated attack can bring even the most powerful nation to its knees."

There have been several recent examples of such events. During a dispute with Russia in 2007, Estonia was hit by widespread cyber attacks that knocked out bank, newspaper and government websites. Similar denial-of-service attacks struck Georgian media and government websites a year later as Russian tanks rolled into South Ossetia.

Then last July, the discovery of the Stuxnet worm led to speculation that a foreign government was trying use malicious software to cripple Iran's nuclear program.

But there are a number of hurdles to creating an international agreement that would discourage such attacks. One is who would forge it.

"If we were to have a roundtable on this, you would see not only governments around it. Are we mentally prepared for that, to have around the same table private sector, civil society, consumer groups and governments?" Toure said. "That is what it will take for meeting the challenges of a cyber peace treaty."

Critics of Toure's proposal worry that non-governmental groups would not be given an equal seat at the table, and point to the ITU's plenipotentiary conference in October.

There, delegates discussed a Russian proposal to take over managing Internet domain names. Currently that task falls to the Internet Corporation for Assigned Names and Numbers, a private organization whose president and CEO was barred from attending the meeting.

Others say the ITU's government-to-government approach is too slow and clunky to manage something as fast-moving as the Internet, or that it could pave the way for less open regimes to introduce new online controls.

"We have to be careful about what institutions take the lead," said Ron Deibert, director of the Citizen Lab and the Canada Centre for Global Security Studies at the University of Toronto. "The Chinas, the Irans, the Saudi Arabias of the world want to impose a territorial vision of control over cyberspace -- and if the ITU got its wishes, that's essentially what would happen."

In future, the debate over who should govern the Internet would do well to bear in mind its success stories like Google and Facebook, said Olaf Kolkman, director of NLnet Labs and chair of the Internet Architecture Board.

If the ease of accessing an unfettered online world helped those billion-dollar corporations evolve from tiny start-ups in garages or university dorm rooms, he suggested, then closing off the Web could lead to stagnation. It might also wall off opportunities for everyone who has yet to set foot in cyberspace.

"If we can preserve the spirit of openness moving forward," Kolkman wrote in an email, "we will see much of the innovation coming from developing countries, and the billions of people who have yet to come online but who will change the shape of the Internet when they do."