Why you should never wash your chicken

If you rinse your raw chicken before you cook it just to be safe, please stop. You’re just making things worse.

Though there are plenty of families and home cooks who insist that step No. 1 when preparing any kind of chicken is to wash it and pat it dry, public health officials say that’s a really bad idea.

Even years after public messaging campaigns began advising against bringing raw poultry anywhere near a kitchen sink, judging by a recent episode of CTV’s The Social, there are still plenty of home cooks who insist on rinsing off meat before cooking it

Keith Warriner, a food science professor at the University of Guelph, says the problem is that for years, home cooks were told to do just that.

The 1951 edition of the Joy of Cooking advised rinsing out a chicken before roasting it. So did Julia Child on her legendary TV show. Martha Stewart recipes call for it -- in fact many recipes still suggest it. So it’s no wonder home cooks are having a hard time breaking the habit, says Warriner.

“It’s really only been since the ‘90s or the 2000s that public health officials started saying, ‘Oh wait, this is actually more dangerous than we thought.’ So now you just have to de-program people,” he told CTVNews.ca in a phone interview. 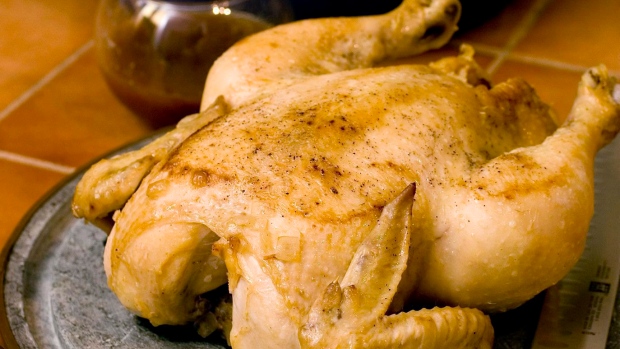 Rinsing off meat or poultry is actually pointless, Warriner says, since any bacteria that might be on the meat surface are going to be burned off during cooking anyway. Meanwhile the washing process runs the very real risk of spreading bacteria.

Spray from the tap can “aerosolize” bacteria, and tiny droplets can find their way onto the sink, work surfaces and utensils as far as 50 cm away.

The pathogen that’s of most concern when it comes to chicken is called campylobacter.

“Just 500 cells of campylobacter will give you profuse diarrhea for a week,” he said, adding that not much more is needed for E. coli or salmonella infection either.

To put that into perspective: about 1 billion bacteria can fit onto a single pinhead.

When such a small amount of bacteria is needed for infection, cleaning a sink after rinsing a chicken might not be enough.

“The sink is the hotspot for bacteria in the kitchen,” Warriner said. “Sponges, particularly, harbour huge numbers of bacteria and are magnets for contamination. So when we clean surfaces with these sponges, we just spread them around.”

“That’s why we always go back to the point that you don’t need to rinse meat; there’s no benefit,” he says. 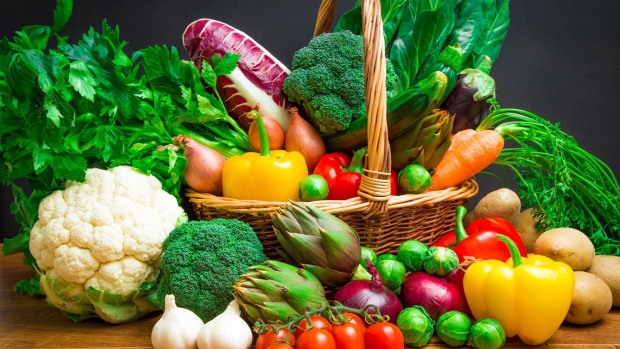 Okay, well if we shouldn’t rinse meat, what about fruits and veggies? Most of us are told to wash produce under running water before eating or preparing them, but Warriner isn’t convinced it does much good.

If it’s pesticides that worry you, he says there are only trace amounts on most produce anyway and what’s there isn’t likely to come off with a simple rinse. Pesticides sprays are actually designed not to wash off easily.

Yes, there are produce washes and soaps on the market that promise to do better, but Health Canada doesn’t recommend them. It says produce soaps are simply “not necessary.” The U.S. FDA goes even further and advises against such soaps, saying the products are not approved for food use.

Warriner advises rinsing off visible soil on your vegetables, but says you shouldn’twaste your time with packaged salad mixes.

“With bagged lettuce there’s no point in washing it; they’ve already washed it several times during processing and you’re not going to do any better with a little rinse in your kitchen,” Warriner says.

If you are going to rinse fruits and veggies, it should always be done under running water – not by soaking them in a sink, which tends to expose them to even more bacteria.

Fruit should also never be washed before being stored in a refrigerator, say Warriner. Not only will the water speed up decomposition, it could collect in skins and rinds, like those on melons or citrus fruits.

“When you get moisture on it, you’re basically giving microbes like listeria somewhere to grow,” he said. 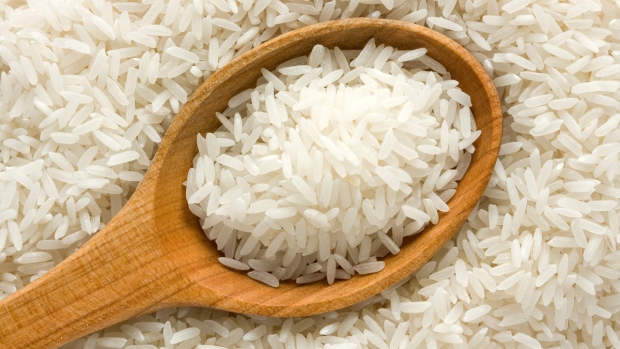 What about rinsing rice? Most chefs agree rice should be rinsed before cooking to clear off dust.  (The one exception is parboiled rice --also called converted rice – which has already been cleaned.) But another reason chefs advise it? Better rice; rinsing removes surface starch that causes rice to clump together or get gummy.

Others like to soak their rice in clean water for a couple of hours. But the U.S. FDA thinks we should go even further. It says instead of letting rice absorb all the water in a pot, home cooks should use 6 to 10 parts of water for every part of rice, and then drain off the excess after cooking, just like pasta.

That’s because the FDA says it’s concerned about arsenic. Rice absorbs higher levels of arsenic than other foods during growing. Arsenic can build up in our bodies and long-term exposure has been linked to higher rates of bladder, lung and skin cancers, as well as heart disease.

“Published studies, including research by the FDA, indicate that cooking rice in excess water (from six to 10 parts water to one part rice), and draining the excess water, can reduce 40 to 60 percent of the inorganic arsenic content, depending on the type of rice,” it says.

Warriner says he’s not too worried about rice. He says he pre-soaks his rice, which also reduces arsenic, but he isn’t too worried.

“It’s not like you’re going to drop dead because you had a bowl of rice,” he said. “It’s a slow accumulation. That’s why they recommend not having too much rice each week… You need quite a lot of organic arsenic before it does anything.”

The FDA says it recognizes that consumers do not typically prepare rice like pasta and notes that draining off cooking water will reduce vitamin content. It says choosing a diet with many kinds of grains and starches is the best way to reduce arsenic risks.