Why mindfulness training has grown so popular 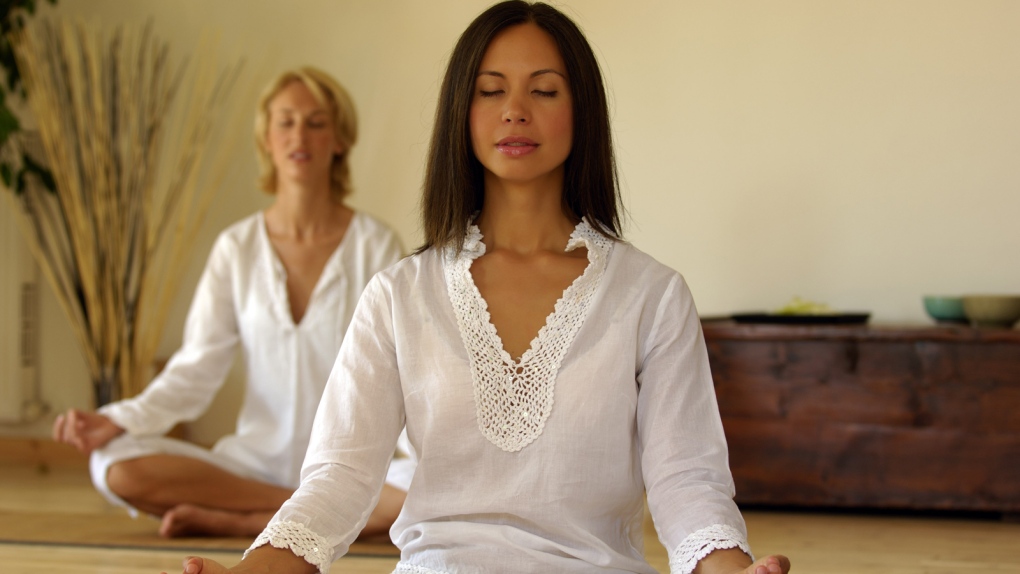 Mindfulness is the practice of staying connected to the present moment. (Michelangelo Gratton/shutterstock.com)

Mindfulness is staying connected to the present moment.

"You start to let go of all the accumulated stress and information. So it's not only a time to not ingest, it's a time to let the body let go," says Emily Fletcher, a former Broadway actress and founder of Ziva Meditation in New York which offers in person and online training.

Mindfulness also can help curb overeating and other unhealthy habits. The reason: Practicing mindfulness makes one feel more satiated -- rather than, for example, rushing through a sandwich while continuing to work, practitioners learn to enjoy every bite, says meditation teacher Sharon Salzberg.

WHAT'S THE DIFFERENCE BETWEEN MINDFULNESS AND MEDITATION?

While meditating is usually associated with a sitting practice often guided by the breath, mindfulness extends that practice into everyday life and focuses on cultivating awareness in the present. Sometimes compared to mental strength training, mindfulness can be practiced washing the dishes, driving to work, brushing your teeth and during other routine tasks. The point is to prevent your mind from wandering, projecting fear and worry from the past and future and training yourself to accept and enjoy the moment.

WHY HAS MINDFULNESS BECOME SUCH A BUZZWORD?

Experts say it's the antidote to the fast-paced tech world we live in. There's slowly been a backlash against a distracted, multi-tasking lifestyle to one that is more self-aware, live in the moment attitude.

Adds Salzberg: "We get caught in these spirals of addiction. You remain unfulfilled. That's why we seek more and more intensity and more and more stimulation in order to feel content and it never works."

ARE THERE ANY REAL HEALTH BENEFITS?

Experts say mindfulness offers a rest for the brain, increased productivity and the ability to turn off the unfulfilling autopilot of the daily grind and instead live in the present moment.

"The mind body connection isn't just something you feel. There is a physiology that begins at the molecular level that goes all the way to the organ level," said Dr. Darshan Mehta, medical director of the Benson-Henry Institute for Mind Body Medicine at Massachusetts General Hospital. "It challenges this conventional wisdom that as we get older our brains shrink in size. That's true for most people, but for people who do have a consistent regular mind body practice that may not necessarily be the case."

I STARTED ON MY OWN AND IT'S MAKING ME FEEL ANXIOUS. IS THAT NORMAL?

Experts stress the importance of starting with a teacher or one of the numerous apps or online videos. For some, a YouTube meditation video or a mindfulness exercise without guidance might feel forced and unfulfilling at first.

"The more you push the mind, the more it will do the opposite," says Annelies Richmond, a director at the Art of Living Foundation, who helped bring mindfulness, meditation and yoga to New York city public schools.

Instead, mindfulness should be a natural byproduct of a daily meditation practice.

"When you just tell someone just go close your eyes and meditate, it can become like a torture. There are a bunch of thoughts and you don't know want to do with them. Sometimes you feel more restless being aware of all those thoughts," says Richmond.

WHAT KIND OF CLASSES AND APPS ARE OUT THERE?

At Unplug Meditation in Los Angeles, students can choose classes to unblock chakras, cultivate intuition or a breathing class set to modern music for $22. In Central Park, 1,500 people signed up for a free group meditation this summer called The Big Quiet and 800 people sold out a New York concert venue, paying $20 to sit in silence.

"It's one of the most profound experiences you can share with other humans, especially when you're in the hundreds. There's something about being in quiet and sharing that with a group that creates almost like a vortex. It's t like the collective energy of the room starts to swirl together," said event organizer Jesse Israel, whose invite-only Medi Club in New York has grown to 1,000 people who vie for 200 spots at monthly meet-ups.

Emily Fletcher is the host of a new podcast for Gaiam's recently launched-app, which offers nearly two dozen teachers from different lineages for $2.99. Most are between four to 15-minutes and Fletcher's offering include guided visualization for a first date, sports performance and test taking. 1 Giant Mind's free app includes sessions between 10 and 20 minutes with a guide, music or silence. Headspace's popular app offers 10-minute guided meditations.