Why are the Dutch so tall? Researchers trying to find out 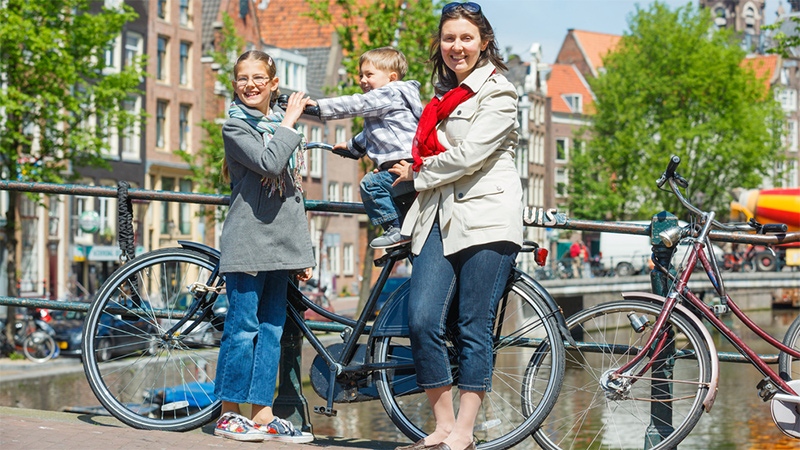 (Paris-AFP) - The Netherlands is the land of giants: on average, its women stand almost 1.71 metres (5.6 feet) tall, and its men 1.84 metres. But how the Dutch became the world's tallest people has been somewhat of a mystery.

After all, two centuries ago they were renowned for being among the shortest. What happened since then?

A popular explanation is nutrition -- a calorie-stuffed diet rich in meat and dairy products. But that can't be the whole story, experts say. Other European countries, too, have enjoyed similar prosperity and a rise in living standards, yet their citizens have not shot skywards as much.

The average male height in the Netherlands has gained 20 cm in the last 150 years, according to military records. By comparison, the height of the average American man has risen a mere six cm over the same period.

Researchers led by Gert Stulp, a specialist in population health at the London School of Hygiene and Tropical Medicine, combed a Dutch database for clues. Called LifeLines, the record contains exhaustive detail about the lives and health of more than 94,500 people who lived in the northern the Netherlands from 1935 to 1967.

In this three-decade snapshot, the people who had the most children were tall men, and women of average height, the team found.

Compared to counterparts in other countries where they often tended to have fewer children, taller women also reproduced more in the Netherlands. Many postponed having children until after their studies, but once they forged a successful relationship, often had a large family.

The study did not involve genetic testing, but concluded from the observations that natural selection must have played a part: with time, more and more Dutch started sporting tall genes.

"Natural selection in addition to good environmental conditions may help explain why the Dutch are so tall," said the study published Wednesday in the Royal Society journal Proceedings B.

"Because taller individuals would have more offspring in the next generation who would be taller, the average height in that generation would a bit taller on average than the preceding generation, if all else is equal."

There seems to be a cultural preference as well. Stulp pointed to figures showing that, in the United States, shorter women and men of average height have the most reproductive success.

"There is much variation in what men and women want," he said.

"When it comes to choosing a mate, height tends to have (only) a small effect, which is not very surprising given the many other, more important, traits people value in their mate