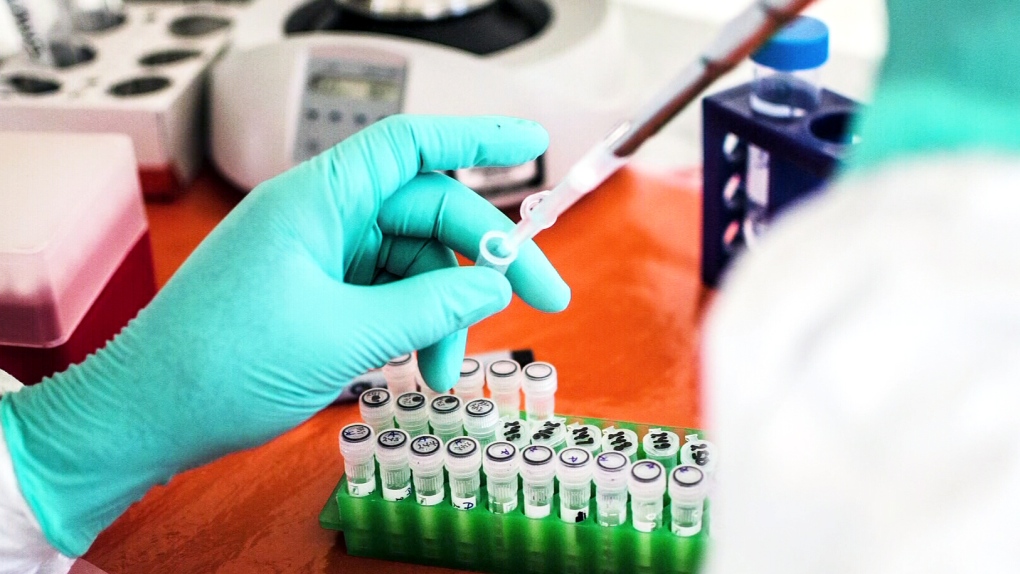 The World Health Organization is seeking expert advice on whether it is ethical to use an experimental Ebola treatment.

TORONTO -- On Monday experts from around the world will converge, by telephone, to try to chart a path through a mine field of ethical issues related to the expanding Ebola outbreak in West Africa.

The experts -- ethicists and representatives of the affected countries and other players involved in the outbreak -- are meeting at the request of the World Health Organization to debate whether it is ethical to use experimental Ebola therapies in this epidemic.

Most of the treatment options, including the one given recently to two American aid workers, have never been tested in humans. Studies in Ebola-infected primates provide the strongest clues of whether these potential drugs and candidate vaccines might work on people and whether they are safe for people to use.

The ethical questions are thorny, especially given the number of available doses or treatment courses is vanishingly small -- nowhere near enough to make a dent in an outbreak that has already claimed close to 1,000 lives. Nearly 40 per cent of all known Ebola deaths ever have occurred in this outbreak, which is far from over.

"You have experimental products which have never even been used in humans, in healthy volunteers. And in addition, there is very, very little of it. So what do you do with it?" Dr. Marie-Paule Kieny, the WHO's assistant director general for health systems and innovation, says in describing the dilemmas the ethics panel will be asked to help the WHO work through.

"Of course it should be used but for whom and how? I think you could make a case that if they are to be used, they should be used also in a condition where it is possible to learn as much as possible from their use."

Researchers have been trying to develop Ebola drugs and vaccines for years. But even the most promising projects eventually run up against what has been an intractable problem: The only way to know if a vaccine prevents Ebola infection or a drug cures it is to use it in an outbreak. The idea of using in Africa drugs for which there is little or no human safety data makes many people shudder.

"You need to reassure the governments and the regulators in these countries that you are not just taking their citizens and using them to do research," Kieny insists.

"Trust me, I am no friend of Ebola," says Upshur, now a professor at the University of Toronto's Dalla Lana School of Public Health. "But taking whatever might be out in however many labs around the world and starting to stick them into people without a good clear (study) protocol, without informed consent, without regulatory oversight would be foolish."

"We need to à be really clearheaded about this, because it will also be precedent setting."

Many of the questions the panel will debate will inform decisions that will need to be taken down the road. Right now there is almost nothing to distribute, people familiar with the various research projects say. Making experimental drugs or vaccines is expensive business, and the laboratories and biotech companies doing this type of early research only produce tiny batches.

Take for example the therapy used by Americans Dr. Kent Brantly and Nancy Writebol, a cocktail of three monoclonal antibodies that attack proteins on the surface of the Ebola virus.

Mapp Biopharmaceutical, the company behind the product, has "fewer than a handful" of treatment courses left of the drug, called ZMapp, says Dr. Anthony Fauci, director of the U.S. National Institute of Allergy and Infectious Diseases. Another source is more specific, saying that after Brantly and Writebol were treated, there was only enough drug left for three people.

"So this idea about (opening) the cupboard: There's no cupboard right now. That's like a moot point about distributing it because there's very, very little," Fauci insists.

It is estimated that making another batch of ZMapp could take three to four months. "This is something so new and experimental it (production) has not been scaled up," says Kieny.

Another potential option for compassionate use is a therapy called TKM-Ebola, made by Tekmira Pharmaceuticals of Burnaby, B.C.

The drug binds to the RNA of the Ebola virus, blocking its ability to make disease causing proteins. It has been given to some healthy human volunteers. But the study was suspended by the U.S. Food and Drug Administration because of concerns over what has been described as a safety signal when the drug was given at high doses.

Last week the FDA partially lifted that hold, potentially allowing the drug to be used in the outbreak. Tekmira President Dr. Mark Murray said the company would be willing to assist in any responsible use of the drug. But the company will not disclose how many doses of TKM-Ebola it has on hand, or how long it will take to make more.

Prior to the emergency use of ZMapp, most experts argued that experimental drugs could not be used safely in this outbreak. There is too much panic and hostility among people in affected communities, the argument went. Use of anything new, especially something injectable, would only fan the raging rumours that the response workers are spreading Ebola, not trying to treat it.

But since the Brantly-Writebol incident, opinion has shifted.

Three leading public health leaders -- Dr. Jeremy Farrar, head of Britain's Wellcome Trust, Dr. David Heymann, head of the Chatham House Centre on Global Health Security in London, and Dr. Peter Piot, director of the London School of Hygiene and Tropical Medicine -- argued last week in the Wall Street Journal that it is time to fast-track safety testing of the therapies in healthy volunteers in unaffected countries, so that drugs can be tested in African in this outbreak. They note the epidemic is likely to continue for months.

And that is probably the most optimistic timeline for having any product to test in Africa. Fauci says his organization plans to begin a Phase I clinical trial of an Ebola vaccine in September. Phase I trials involve giving something to a small number of healthy volunteers to see if it is safe. With a vaccine, a Phase I trial could also show if recipients developed Ebola antibodies.

"If it's successful and if it's safe and if it works, then we would hopefully be able to sometime in late 2015 have some to be able to give to health-care workers who are going to put themselves on the line," says Fauci.

While more than a year away, that is lightening speed for a vaccine that hasn't yet been given to people. Still, everyone hopes this outbreak will be over by then.

In the meantime, Kieny says, the WHO is exploring the possibility of helping the affected countries develop convalescent serum -- blood from survivors which would contain Ebola antibodies -- and hyperimmune globulin, a more concentrated antibody serum. Both these therapies are used for a variety of illnesses; hyperimmune globulin, for instance, is used to treat people who have been exposed to rabies.

"Neither convalescent serum nor hyperimmune globulins are there yet," Kieny says. "But this is something that could be worked on and be available in the coming few months."

The following interactive map shows confirmed, probable and suspected cases of Ebola in Africa, according to WHO data from Aug. 6.