When you eat may dictate how hungry you are, study says

When you eat may dictate how hungry you are, study says 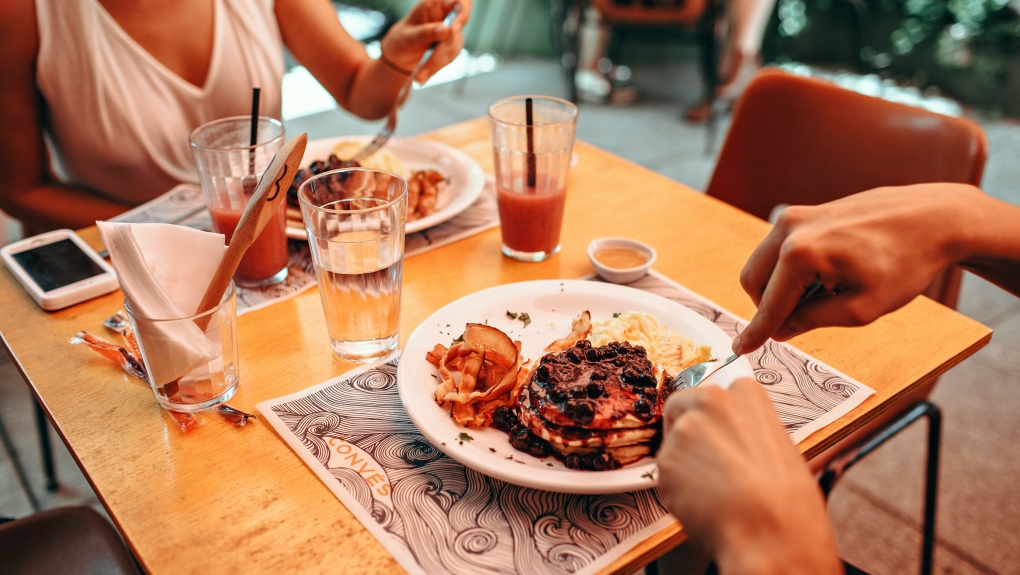 We all know that eating later in the day isn't good for our waistlines, but why? A new study weighed in on that question by comparing people who ate the same foods -- but at different times in the day.

"Does the time that we eat matter when everything else is kept consistent?" said first author Nina Vujović, a researcher in the division of sleep and circadian disorders at Boston's Brigham and Women's Hospital.

The answer was yes -- eating later in the day will double your odds of being hungrier, according to the study published Tuesday in the journal Cell Metabolism.

"We found that eating four hours later makes a significant difference for our hunger levels, the way we burn calories after we eat, and the way we store fat," Vujović said. "Together, these changes may explain why late eating is associated with increased obesity risk reported by other studies and provide new biological insight into the underlying mechanisms."

The study provides support for the concept that circadian rhythm, which influences key physiologic functions such as body temperature and heart rate, affects how our bodies absorb fuel, researchers said.

The study does show eating later results in "an increase in hunger, impacts hormones and also changes gene expression, especially in terms of fat metabolism with a tendency towards less fat breakdown and more fat deposition," said Dr. Bhanu Prakash Kolla, a professor of psychiatry and psychology at the Mayo Clinic College of Medicine and a consultant to Mayo's Center for Sleep Medicine and Division of Addiction Medicine.

While prior studies have linked later eating to weight gain, this study did not measure weight loss and can not show a causal link, said Kolla, who was not involved in the study. In addition, research has shown that skipping breakfast is linked to obesity, he said.

"So could these results be a result of skipping breakfast rather than eating late? That's an effect to consider for this study," Kolla said.

The study was small -- only 16 overweight or obese people -- but carefully planned to eliminate other potential causes of weight gain, the authors said.

"While there have been other studies investigating why late eating associates with an increased risk for obesity, this may be the most well controlled, including strictly controlling the amount, composition and timing of meals, physical activity, sleep, room temperature and light exposure," said senior author Frank Scheer, director of the Medical Chronobiology Program in the Brigham's Division of Sleep and Circadian Disorders.

All participants were in good health, with no history of diabetes or shift work, which can affect circadian rhythm, and had regular physical activity. Each person in the study kept to a strict healthy sleep/wake schedule for about three weeks and were provided with prepared meals at fixed times for three days before the lab experiment began.

Participants were then randomized into two groups. One group ate calorie-controlled meals at 8 a.m., noon and 4 p.m., while the other ate the same meals four hours later, at noon, 4 p.m. and 8 p.m. for the six days reported in the study. Measures of hunger and appetite were gathered 18 times each while tests for body fat, temperature and energy expenditures were gathered on three separate days.

After a break of a few weeks, the same participants reversed the procedure -- those who had eaten earlier moved to the late eating group and vice versa, thus using each person as their own control.

Results showed that hunger pangs doubled for those on a night-eating regime. People who ate later in the day also reported a desire for starchy and salty foods, meat and, to a lesser extent, a desire for dairy foods and vegetables.

By looking at the results of blood tests, researchers were able to see why: Levels of leptin, a hormone which tells us when we feel full, were decreased for late eaters versus early eaters. In comparison, levels of the hormone ghrelin, which spikes our appetite, rose.

"What is new is that our results show that late eating causes an increase in the ratio of ghrelin and leptin averaged across the full 24-hour sleep/wake cycle," Scheer said. In fact, the study found that the ratio of ghrelin to leptin rose by 34 per cent when meals were eaten later in the day.

"These changes in appetite-regulating hormones fits well with the increase in hunger and appetite with late eating," Scheer said.

When participants ate later in the day they also burned calories at a slower rate than when they ate at earlier times. Tests of their body fat found changes in genes that would impact how fat is burned or stored, the study found.

"These changes in gene expression would support the growth of fat tissue by formation of more fat cells, as well as by increased fat storage," Scheer said.

It's not known if these effects would continue over time, or on people who currently take medications for chronic disease, which were excluded from this study. Further study is needed, the authors said.