When it comes to weight loss, every movement counts: study 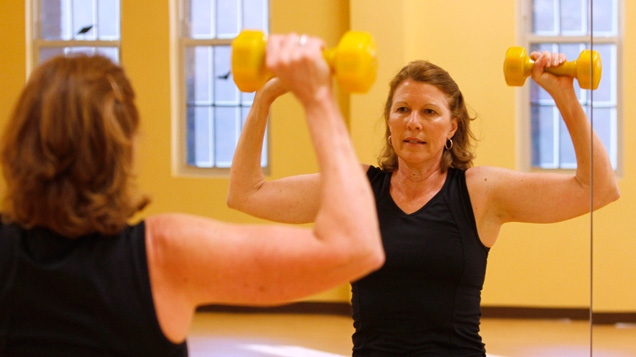 If you're trying to shed a few kilos, a new study finds that short micro-bursts of activity throughout the day can make a big impact.

In a new study published September 1 in the American Journal of Health Promotion, University of Utah researchers found that even brief episodes of physical activity of high intensity -- such as carrying a load of laundry or taking a flight of stairs -- worked just as well as longer 10-minute bouts.

"What we learned is that for preventing weight gain, the intensity of the activity matters more than duration," says researcher Jessie X. Fan, professor of family and consumer studies. "Knowing that even short bouts of 'brisk' activity can add up to a positive effect is an encouraging message for promoting better health."

The study used body mass index, BMI, to measure weight status with results showing that for women, each daily minute spent in higher-intensity short bouts was related to a decrease of .07 BMI (A BMI between 18.5 and 24.9 is considered normal weight, whereas a BMI between 25 and 29.9 is overweight; and over 30 is obese.) Looking at it another way, each such minute offset the calorie equivalent of .41 pounds (.18 kilos). Men had similar results, the researchers said.

A separate study announced earlier this year found that short bursts of activity, such as pacing while chatting on the phone, provided they add up to 30 minutes a day, are just as effective as a gym session. In the study, researchers at Oregon State University analyzed data on physical activity and health markers such as cholesterol and blood pressure for more than 6,000 US adults.