What to know about polio spreading in New York

What to know about polio spreading in New York 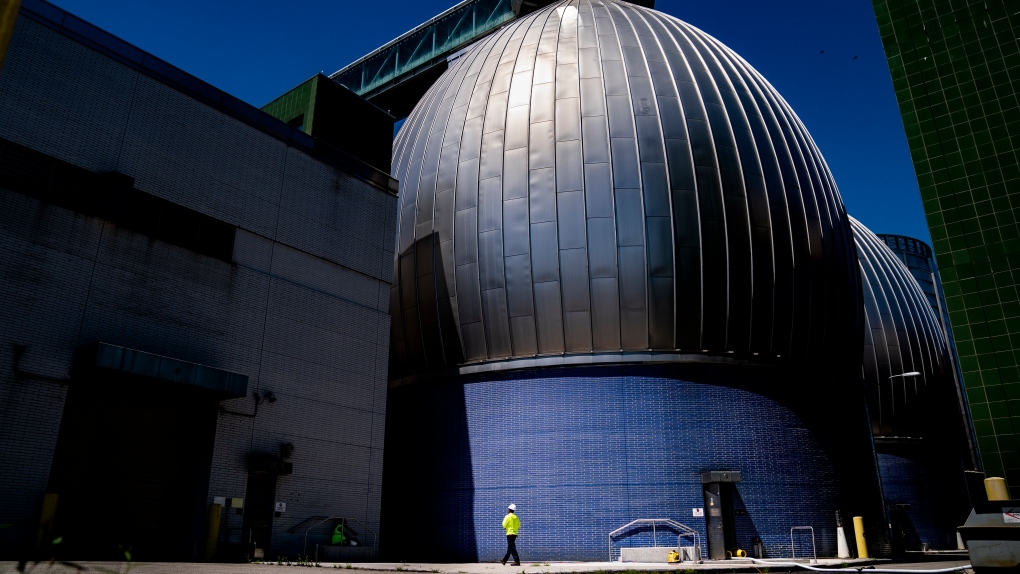 A worker walks alongside the Newtown Creek Wastewater Treatment Plant's array of digester eggs, Friday, Aug. 12, 2022, in the Greenpoint neighborhood of the Brooklyn borough of New York. (AP Photo/John Minchillo)

The polio virus has been found in New York City sewage, but officials are stressing that the highest risk is for people who haven't been vaccinated.

Polio was once one of the nation's most feared diseases, with annual outbreaks causing thousands of cases of paralysis. Its elimination in the U.S., officially declared in 1979, is considered one of the nation's greatest public health victories. Yet cases have cropped up occasionally since then, often among people who had travelled to other countries.

Recently, an unvaccinated young adult north of New York City contracted polio. On Friday, health officials in the nation's largest city said they had found the virus in wastewater samples, suggesting it was spreading among the unvaccinated.

Here are some details on polio and the vaccine:

HOW DOES POLIO SPREAD?

Polio is considered very contagious and spreads mostly from person to person, through contaminated water and via fecal particles.

Health officials say the virus also can spread through droplets from an infected person's cough or sneeze, though that is less common.

WHAT ARE THE SYMPTOMS?

Most infected people have no visible symptoms. About a quarter will endure a few days of flu-like symptoms, such as fever, sore throat, headache and nausea.

A small fraction of people, however, can get more serious illness. The virus can infect a person's spinal cord, causing paralysis and possibly permanent disability and death.

AREN'T MOST AMERICANS VACCINATED AGAINST POLIO?

U.S. children are still routinely vaccinated against polio and the shots are considered to be highly effective. Federal officials recommend four doses: to be given at 2 months of age; 4 months; at 6 to 18 months; and at age 4 through 6 years. Some states require only three doses.

According to the Centers for Disease Control and Prevention's most recent data, about 93% of 2-year-olds had received at least three doses of polio vaccine.

IF I AM VACCINATED AGAINST POLIO, DO I NEED TO DO ANYTHING?

For most people, no.

That said, health officials previously have recommended boosters in some cases, like for adults who are at increased risk of coming in contact with the polio virus because of their travel or work.

WHAT SHOULD I DO IF I AM UNVACCINATED?

Health officials recommend that unvaccinated people get the shots. In New York, clinics have been set up to make the vaccines available.

People who are unvaccinated or incompletely vaccinated are at greatest risk of paralysis from polio. The person in Rockland County who was diagnosed with paralytic polio was unvaccinated.

Across Canada and around the world, protesters stood shoulder to shoulder on Saturday in solidarity for women's rights and freedom in Iran, as the country enters its third consecutive week of roiling protests spurred by the death of a 22-year-old woman in police custody.