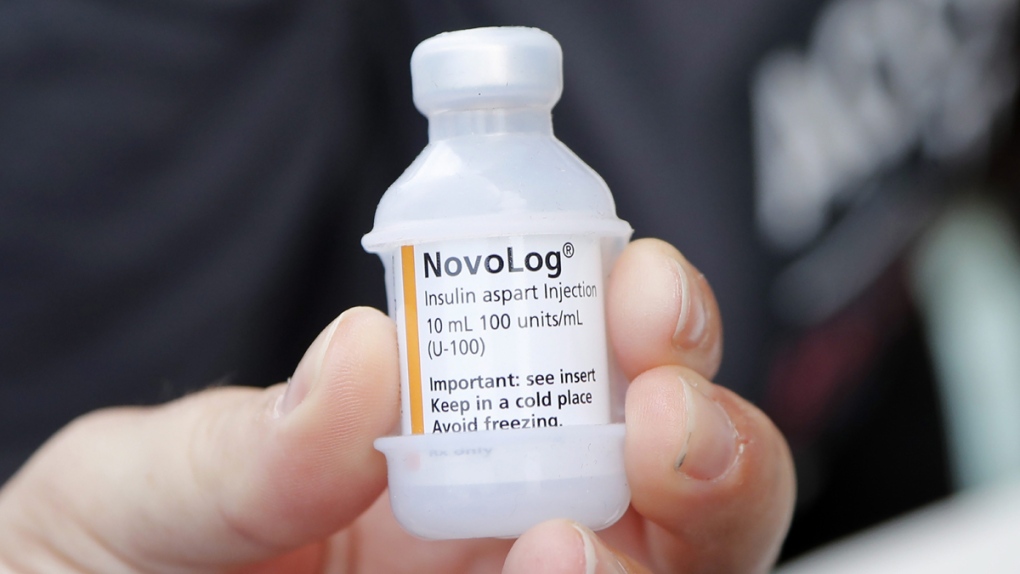 A patient holds a vial of insulin outside the Olde Walkersville Pharmacy in Windsor, Ont., on July 28, 2019. (Carlos Osorio / AP)

MORGANTOWN, W.VA. -- A group of West Virginians left the country Sunday in search of affordable insulin -- they went to Canada, where insulin prices are reported to be about a tenth of what it costs people in the United States.

Across the border, no prescription is even necessary to purchase the life-saving medication, The Charleston Gazette-Mail reports. State data says about 15% of West Virginians rely on insulin. The non-profit Health Care Cost Institute says insulin cost a person with Type 1 diabetes about $6,000 in 2016, and prices have only increased since then, making it difficult for even insured people to afford it.

"Insulin isn't something you can go without, or skip when you can't afford it," said Tammy Owen, a volunteer with the West Virginia Juvenile Diabetes Research Foundation and whose son lives with Type 1 diabetes. "For someone with diabetes, it's like air. Like water. It's a basic need, and there are barriers in place that make it inaccessible for many."

The trip from Morgantown was organized by state health care activists and supported by delegates Barbara Fleischauer, D-Monongalia, and Jordan Hill, R-Nicholas. Fleischauer said their caravan has held news conferences around the state, where they've heard about ever-increasing copays for insulin prescriptions.

"It is really shocking how much some people, especially Type 1 diabetics, are having to pay for life-saving medicine. I do not use the word shocking often, but hearing these personal stories has really affected me," Fleischauer said in an email.

She plans to introduce a bill next year to cap insulin prescription copays. Such legislation already has passed in Colorado. This isn't the first such excursion to find affordable medication and showcase the failings of the U.S. health care system. Each seat on this trip cost $100, though individuals with diabetes didn't have to pay, thanks to donations and scholarships.