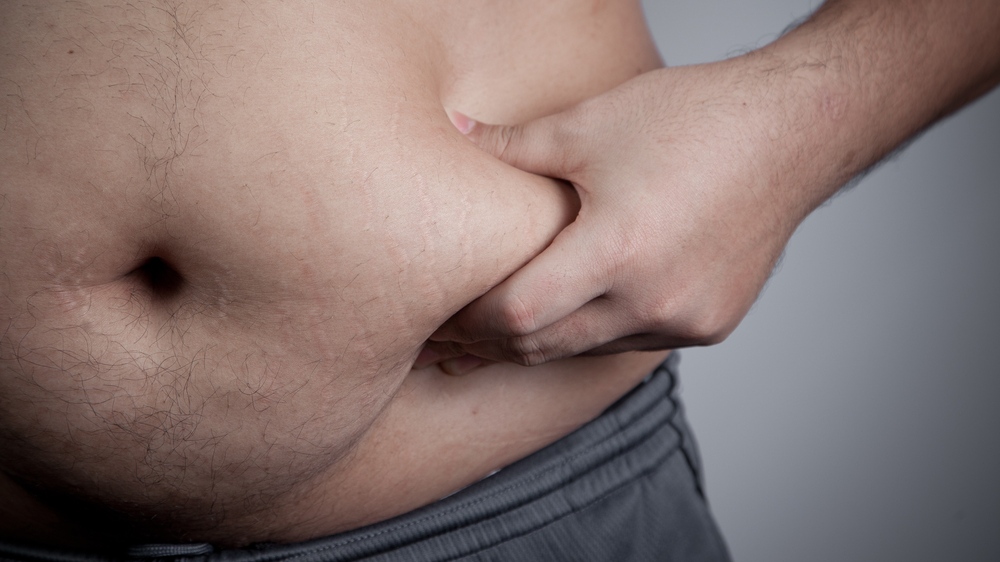 TORONTO -- An expert committee has issued new guidelines for family doctors instructing them on how to help address the ballooning problem of adult obesity.

But other experts in the field question whether the updated guidance from the Canadian Task Force on Preventive Health Care will do much good.

The task force draws up its recommendations by assessing and grading the available scientific evidence on the topic it is addressing.

But when it comes to obesity, the studies clearly show that medicine hasn't yet figured out how to grapple with this growing crisis.

"Our best available evidence when it comes to the treatment of obesity isn't particularly great," said Dr. Yoni Freedhoff, who runs a weight control clinic in Ottawa and teaches at the University of Ottawa.

"We're doing our best. It's just that we've got an incredibly long way to go. And I'm certainly not holding out hope that these guidelines are going to suddenly turn the tide."

The Canadian Task Force on Preventive Health Care is a federal government-appointed expert panel that instructs family doctors on what they should be doing to help their patients stay healthy.

Several times a year the panel issues guidelines -- on topics such as prevention and treatment of Type 2 diabetes or how and when to screen women for cervical cancer -- which its members write after assessing and grading the existing scientific evidence on that topic.

It has been nearly a decade since the task force addressed the issue of adult obesity.

The updated recommendations were published Monday in the Canadian Medical Association Journal.

Paula Brauer, who chaired the panel, said in an interview that she sees the new document as a call to arms to deal with the problem of adult obesity, which has reached epidemic proportions with 66 per cent of the Canadian adult population either overweight or obese. Brauer is a dietician and an epidemiologist in the department of family relations and applied nutrition at the University of Guelph, in Guelph, Ont.

One has to read between the lines of the guidelines to see that call to action, however.

As is always the case, they are written in a highly structured way with heavy stress on the process by which decisions are reached and the calibre of the available evidence.

A major -- and unusual -- recommendation instructs family doctors to measure the height and weight of all patients 18 and older, whether they are overweight or not, so that they can calculate body mass index or BMI. Earlier guidelines said there wasn't enough evidence to recommend this practice to doctors.

What makes this guideline unusual is that there is no additional evidence to support the recommendation now than there was in 1999 when the task force recommended against it.

The new guidance graded this a "strong recommendation" based on "very low-quality evidence."

That combination is rarely seen in evidence-based treatment guidelines.

Brauer acknowledged there is no direct evidence to show that calculating BMIs for all patients will help prevent weight gain or fuel weight loss. But she said there is evidence that assessing a patient's BMI by sight isn't accurate, and going on weight and height information provided by patients isn't accurate either.

Figuring out who needs help and who might be developing a weight problem requires information, Brauer suggested, and calculating a patient's BMI -- and noting it in his or her file -- is a place to start.

She said this procedure, which some doctors would consider basic care, is not routinely done.

"In essence, it is common sense," she said. "You can't advise on health risk if you don't know what the weight is."

But Sharma and Freedhoff both noted that knowing a patient's BMI does not tell them whether that person is at increased risk of ill health brought on by excess weight. Not everyone who is overweight carries the same risk of developing diabetes or heart disease, they noted.

"I look at BMI as a clothing size. It's a measure of size. It tells me how big my patient is. It doesn't really tell me how sick my patient is," said Sharma, who is the chairman of obesity research and management at the University of Alberta.

"It would be like telling someone 'Oh, you're a size 14. You better go see your doctor."'

Sharma said the advice could backfire in some cases, with people avoiding going to the doctor because they don't want to have to step on the scale.

Reading the guidelines can be complex for readers not schooled in the system used for grading these types of recommendations.

For instance, there is a weak recommendation against doctors offering formal, structured interventions aimed at preventing weight gain in normal weight adults. That actually means doctors could consider offering these programs to patients, but there should be a discussion between doctors and patients first.

The task force recommended doctors not routinely offer overweight or obese patients prescriptions for weight loss drugs. But the recommendation was a weak one, which means doctors could consider going this route after discussing it with patients, Brauer said.

The guidelines make no recommendations regarding bariatric surgery -- stomach reduction -- which ironically is one of the few approaches in the weight control world which studies suggest is useful, Sharma noted.

"Bariatric surgery was considered 'out of scope' since it would usually be done by bariatric specialists," she said.

For both Freedhoff and Sharma -- neither of whom were involved in drawing up the document -- the overarching message of the guidelines is that much more work is needed to figure out how to prevent and reverse weight gain.

"For me what's important about the guidelines is the fact that this is a very significant health issue for a lot of Canadians," said Sharma.

"And I think if there's one thing to be learned from the guidelines it's that we lack hard evidence on how best to deal with this problem."