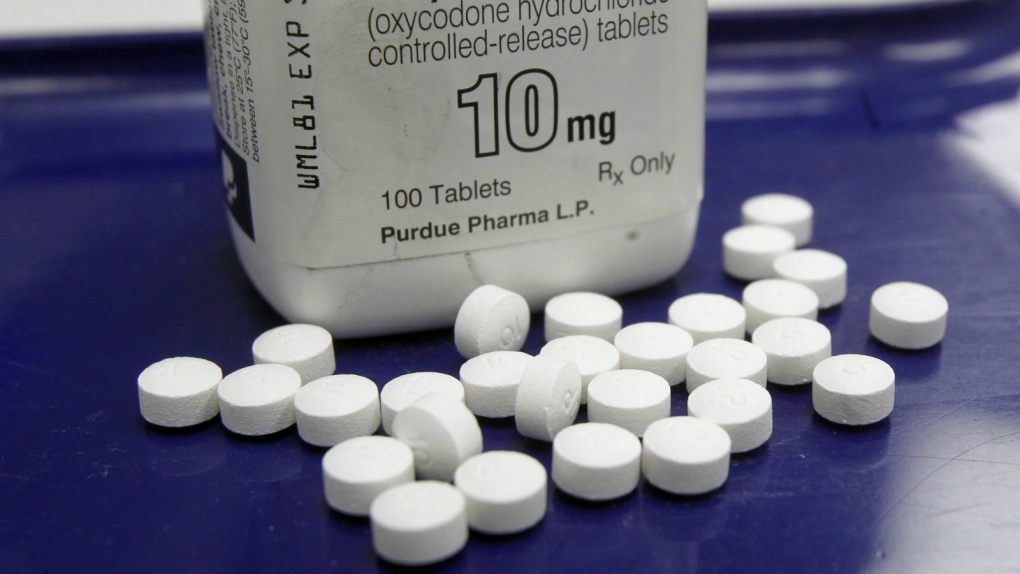 VANCOUVER -- The medical profession is waking up to the reality that opioids have been over-prescribed in Canada and is actively searching for solutions, says a national association that represents doctors in legal matters.

Dr. Gordon Wallace, managing director of safe medical care with the Canadian Medical Protective Association, said the group was bringing in a panel of experts on Wednesday to advise doctors on the safe management and prescription of the medications, as opioid addictions reach crisis levels in Canada.

"We've been over-prescribing and we need to reset this," he said in an interview on Tuesday. "The challenge is to reset this in a way that you actually are adequately treating pain."

The issue is on the group's agenda at its annual meeting in Vancouver, held in conjunction with the Canadian Medical Association's annual conference.

Opioids, including fentanyl and oxycontin, can be prescribed for pain caused by injury, cancer or a chronic condition. It's common for patients to become tolerant of the drugs, and nearly all patients become physically dependent after daily use for more than several weeks, according to the medical protective association.

Wallace said opioids rose to prominence about 20 years ago when there was a push for doctors to do a better job of treating pain. The pharmaceutical industry also played a role in the greater use of the drugs, he said.

But today, with rates of addiction to the dangerous drugs rising drastically, doctors are realizing that they have to turn to other options. Canada ranks second only to the U.S. in per capita consumption of prescription opioids, Wallace said.

"I think the profession is waking up. I don't pretend that we're as far along as we need to be, but I think we're waking up to this and we are trying to determine how best to do this."

Between 2010 and 2015, the medical protective association was involved in 151 legal cases involving allegations of patient harm related to opioid prescription and administration. The cases included civil actions, regulatory complaints and hospital complaints, and most related to drugs prescribed for treatment of chronic non-cancer pain.

Wallace said the association found three major themes when reviewing the cases: failure to assess patients appropriately before prescribing opioids; the concurrent prescription of opioids and other sedatives; and challenges in identifying drug-seeking behaviour.

British Columbia has declared a public health crisis over a surge in drug-related overdose deaths, in part due to the rise of fentanyl. While many overdoses are caused by illegally-obtained drugs, Wallace said over-prescription also plays a role.

But there is also controversy about how to proceed, he said, and Wednesday's panel was set up to examine a variety of views, including the Canadian Pharmacists Association, Toronto's Centre for Addiction and Mental Health, and the College of Physicians and Surgeons of B.C.

Dr. Gary Franklin, medical director of the Washington State Department of Labour and Industries, was asked to be a panellist because his jurisdiction has taken a unique approach to tackling opioid over-prescription.

Washington has created an organization called the Agency Medical Directors' Group in which all state agencies involved in health care -- including the labour, health and corrections departments -- collaborate on policy.

The group has developed three opioid guidelines since 2007, when Washington became the first state in the country to suggest a dosing threshold, Franklin said.

"You can't get these things done unless you work together across the public agencies and in collaboration with clinicians in practice who want to help out, who realize there's a problem and want to help," he said.