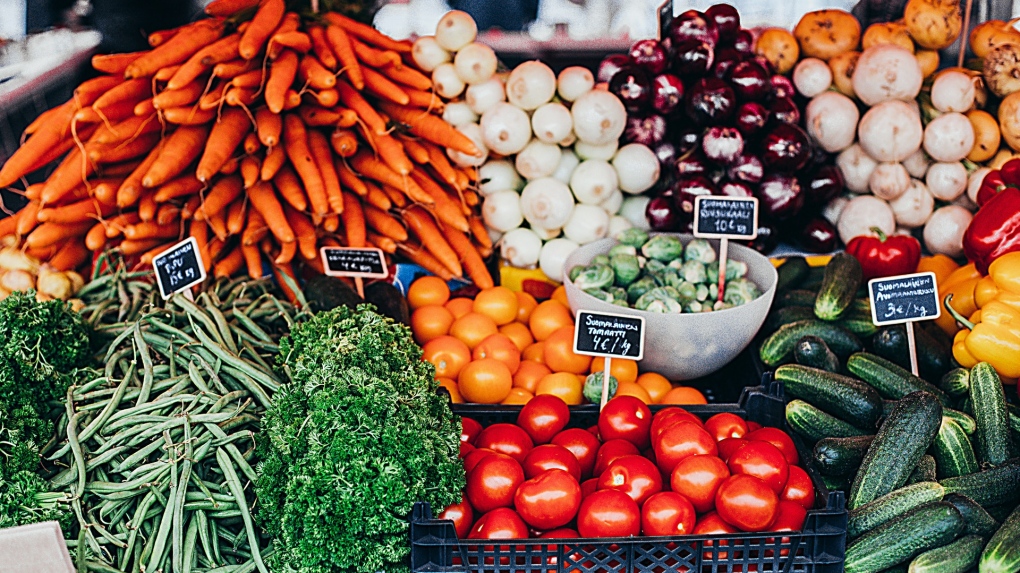 Vegetables are seen at a market in this stock photo. (Daria Shevtsova/Pexels)

A study out of the United Kingdom reports women who don’t eat meat are more likely to break their hips later in life.

Researchers from the University of Leeds monitored 26,000 women over 20 years, of which 28 per cent were vegetarian.

By the end of the study period, researchers found 822 of those studied (three per cent) had experienced a hip fracture, and those who ate a vegetarian diet were 33 per cent more likely to suffer from a hip fracture compared to those who ate meat regularly.

The findings were published Thursday in peer-reviewed journal BMC Medicine.

While the study did not say conclusively why hip fractures were more likely in vegetarian women, the researchers found some vegetarians may lack sufficient nutrients for good bone and muscle health, contributing to the risk of breaks.

However, the study’s authors said this does not necessarily mean all vegetarians should abandon their diets. In fact, the study points to previous evidence that shows a vegetarian diet can reduce the risks of several chronic diseases, including diabetes, heart disease and cancer. It also acknowledges the role of reducing global meat and animal product consumption in an effort to tackle climate change.

“Our study highlights potential concerns regarding risk of hip fracture in women who follow a vegetarian diet,” said lead author and University of Leeds doctoral researcher James Webster in a press release. “However, it is not warning people to abandon vegetarian diets. As with any diet, it is important to understand personal circumstances and what nutrients are needed for a balanced, healthy lifestyle.”

Webster said certain nutrients linked with bone and muscle health, such as protein, calcium and other micronutrients, are more plentiful in meat and animal products.

“Low intake of these nutrients can lead to lower bone mineral density and muscle mass, which can make you more susceptible to hip fracture risk,” he said in the release. “This makes it especially important for further research to better understand factors driving the increased risk in vegetarians, whether it be particular nutrient deficiencies or weight management, so that we can help people to make healthy choices.”

Vegetarian diets can vary widely from person to person, but Webster and his colleagues say women can mitigate their risk of fractures and maintain bone health by fortifying their diet with key nutrients like B12 and omega-3 fatty acids, as well as staying physically active to help strengthen muscles and bones.

Their research also found average body mass index (BMI) was lower among vegetarians compared to regular meat eaters, and pointed to previous research that found a correlation between low BMI and a higher risk of hip fracture.

As for whether sex plays a role, study co-author and Leeds biostatistician Darren Greenwood said more research is needed.

“This study is just part of the wider picture of diet and healthy bones and muscles in older age,” Greenwood said in the release.

“Further research is needed to confirm whether there could be similar results in men, to explore the role of body weight, and to identify the reasons for different outcomes in vegetarians and meat-eaters.”

Canada will be imposing new sanctions on Iran as a result of a continuing violent crackdown on protesters, Prime Minister Justin Trudeau said Monday.

Prime Minister Justin Trudeau says he will be visiting the regions in Atlantic Canada impacted by Fiona 'as soon as possible this week.' And, as MPs head back into the House of Commons for the first time after this weekend's storm, the NDP are requesting an emergency debate to discuss 'the urgent and escalating situation in Atlantic Canada.'