UN: Spike in violence may jeopardize ending Ebola in Congo 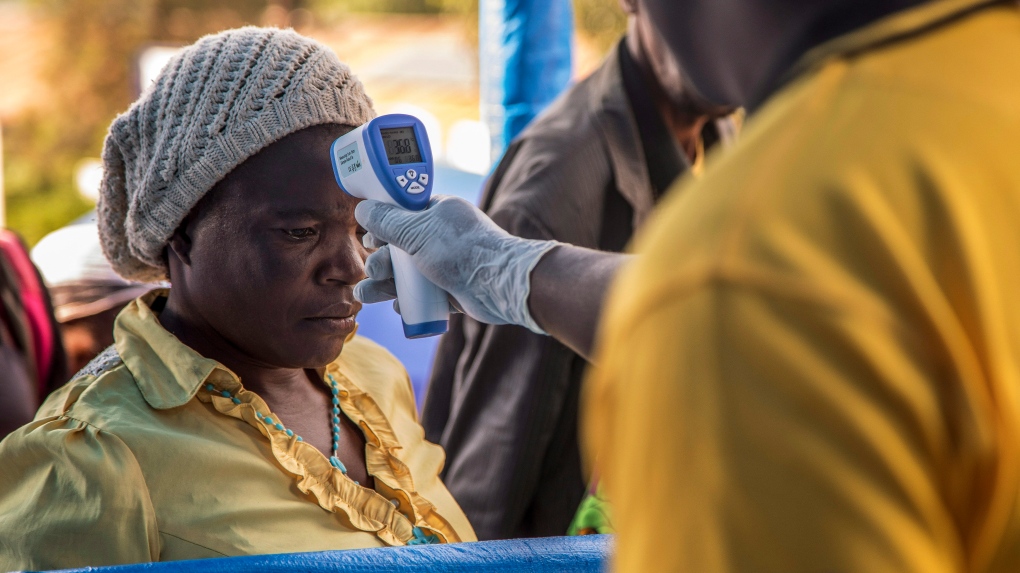 GENEVA -- The World Health Organization on Friday noted "a very dangerous and alarming development" in efforts to end the Ebola outbreak in eastern Congo, warning that the eruption of violence may re-ignite the epidemic.

Dr. Mike Ryan, who directs the U.N. health agency's Ebola response, said there were only seven new cases last week. But he told reporters the near doubling of "security incidents" is jeopardizing attempts to end the second-worst Ebola outbreak in history.

Officials have made progress in recent months but "if security deteriorates in the region, we could work our way to a very bad situation," he said. Multiple rebel groups are active in the region. More than 40 civilians have been killed in the last two weeks, he said.

More than 3,100 cases have been confirmed in this outbreak including more than 2,100 deaths.

Ryan also said WHO understands all the chains of Ebola transmission in this outbreak except one, a high-risk death of a moto-bike driver who went to three health centres before being identified as a possible Ebola case. He died in the community and about 360 people were thought to have been exposed to him when he was highly infectious. Only about a third have been followed.

"At this stage of the outbreak, one case matters," Ryan said, adding that one worrisome case is enough to spark new transmission chains. "That means the virus will get ahead of us again."

Since the Ebola outbreak was declared in August 2018, the response has been repeatedly hampered by attacks on health workers and Ebola clinics. Some assaults are believed to be financially motivated, as millions of dollars have been donated to help stem the virus' spread.

When violence has forced the suspension of Ebola response efforts in areas like Beni and Butembo, health officials have seen a spike in the outbreak, Ryan said.

He said response teams often have used police escorts or employed guards at Ebola clinics, explaining that there are "difficult choices" in an insecure environment.

Other aid organizations have warned that linking armed escorts to a health response could worsen relations with an already wary community where Ebola had never been reported before.