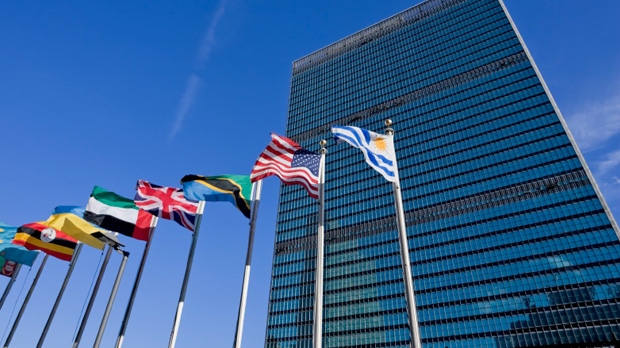 The UN General Assembly approved its first-ever resolution on vision, calling on its 193 member nations to ensure access to eye care for everyone in their countries which would contribute to a global effort to help at least 1.1 billion people with vision impairment who currently lack eye services by 2030.

The "Vision for Everyone" resolution, sponsored by Bangladesh, Antigua and Ireland, and co-sponsored by over 100 countries, was adopted Friday by consensus by the world body.

It encourages countries to institute a "whole of government approach to eye care." And it calls on international financial institutions and donors to provide targeted financing, especially for developing countries, to address the increasing impact of vision loss on economic and social development.

"Global eye care needs are projected to increase substantially, with half the global population expected to be living with a vision impairment by 2050," the resolution says.

Bangladesh's UN Ambassador Rabab Fatima introduced the resolution, stressing its first-ever focus on vision, and calling it "a long overdue recognition of the central role that healthy vision plays in human life and for sustainable development."

She said over 90% of the 1.1 billion people worldwide with vision loss live in low- and middle-income countries, adding that 55% of blind people are women and girls.

On average, the loss of sight costs the global economy "a staggering amount of $411 billion in productivity each year," Fatima said. And access to eye care services can increase household spending per capital by 88% "and the odds of obtaining paid employment by 10%."

While General Assembly resolutions are not legally binding, they do reflect global opinion.

Fatima said it was critical for the assembly to convey the UN's "unequivocal commitment to ensure proper eye care facilities for everyone, everywhere, to prevent conditions which can lead to serious and permanent damages."

She called the resolution an "opportunity to change the lives of millions who are living in blindness or with impaired vision."

The resolution stresses that access to eye care is essential to achieve UN goals for 2030 to end poverty and hunger, ensure healthy lives and quality education, and reduce inequality.

It calls on all nations to mobilize resources and support to ensure eye care for all people in their countries, in order to reach at least 1.1 billion people worldwide "who have a vision impairment and currently do not have access to the eye care services that they need" by 2030.

Hong Kong philanthropist James Chen, founder of the Clearly campaign to promote global vision who campaigned for the resolution for the past two decades, called it "a significant milestone" and "a critical preliminary step" to achieving the UN goals.

"The first step, now, is to ensure governments follow up on their commitment to action," and "regard vision correction as essential healthcare, alongside other priorities like family planning and infant immunization," he said in a statement to The Associated Press.

With that kind of engagement from governments and non-governmental organizations, "glasses are affordable, and their distribution is solvable," and the ambitious UN 2030 deadline can be met, said Chen, who is chairman of the Chen Yet-Sen Family Foundation.

Critics say the U.S. and Canada had ample time to shoot down a suspected Chinese spy balloon as it drifted across North America.