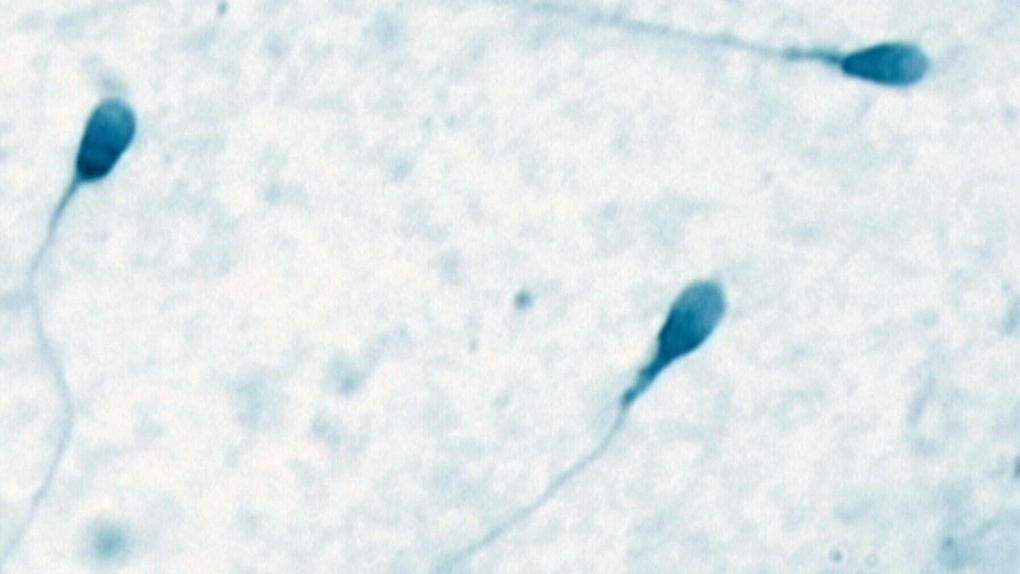 A U.S. sperm bank said Thursday it did not verify the personal information of a donor recommended to a Canadian couple who allege they were never told the man was a schizophrenic with a criminal record.

In an open letter, the president of Xytex Corp. said a careful review of its records had determined the claims in a lawsuit by the couple "do not reflect" the information the donor provided to the company.

"We stand by the process we followed, and intend to vigorously defend ourselves against the allegations in this lawsuit," Kevin M. O'Brien said in the letter, a copy of which was provided to The Canadian Press.

"In the meantime, we remain committed to providing clients with excellent service and upholding the highest practices and standards in the business."

Port Hope, Ont., residents Angela Collins and Margaret Elizabeth Hanson allege Xytex told them their choice of donor was a healthy man with multiple degrees who was "among their best donors."

In a statement of claim filed with a Georgia court, the couple allege they only accidentally learned the identity of their donor years after their son was born, and through their own research realized the man was a college dropout who had been arrested for burglary at one point and had schizophrenia.

None of the allegations contained in the statement of claim has been proven in court.

The couple is now seeking damages for pain, suffering and financial losses as it alleges Xytex engaged in fraud, misrepresentation, negligence and battery, among other claims.

But Xytex claims it has done nothing wrong.

The company said it wanted to assure the public that claims it misled a client are "simply not true."

"We followed thorough procedures to review the health of the donor. As you may know, this vetting process eliminates 99 per cent of the potential donors who apply to Xytex," O'Brien explained in his letter.

"In this case, the donor underwent a standard medical exam and provided extensive personal and health information."

The donor used by Collins and Hanson reported a "good health history" and stated in his application that he had no physical or medical impairments, O'Brien said.

That information was passed on to the Canadian couple, who were "clearly informed" that the details were reported by the donor and "were not verified by Xytex," O'Brien noted.

The donor also provided the company with signed photos of himself that were passed on to the couple "without alteration," O'Brien said, and also gave Xytex copies of his undergraduate and graduate university degrees.

A lawyer for the donor could not be reached for comment.

In their statement of claim, Collins and Hanson said that after learning the name of their donor through emails sent from Xytex in error, they discovered details about the man -- James Christian Aggeles -- that were much different from what they had previous believed.

In addition to finding out that he was schizophrenic, the couple also learned that the man "held no degrees whatsoever," had been arrested for burglary and that his photos had been doctored to remove a large mole on his cheek, the statement of claim alleged.

Their lawyer said the couple filed their lawsuit to bring more accountability to the industry, prevent a similar situation for others and establish a "medical monitoring fund" for their child because he has an increased risk of developing schizophrenia.

The suit states Aggeles appears to have fathered 36 children and lawyer Nancy Hersh said she had at least 15 other clients who may be joining the lawsuit.

Toronto-based fertility lawyer Sara Cohen noted, however, that there are limits to the screening checks that are carried out by egg and sperm banks.

"Things like schizophrenia are not going to show up in a blood test. They write specifically in the documents and make it very clear that this is the best we can do and buyer beware," Cohen said. "The question then is, is that an appropriate standard of care?"

The majority of Canadians seeking sperm donors look to the U.S., Cohen said, because Canadian regulations make it illegal to pay a donor or pay someone acting on behalf of a donor for their sperm.