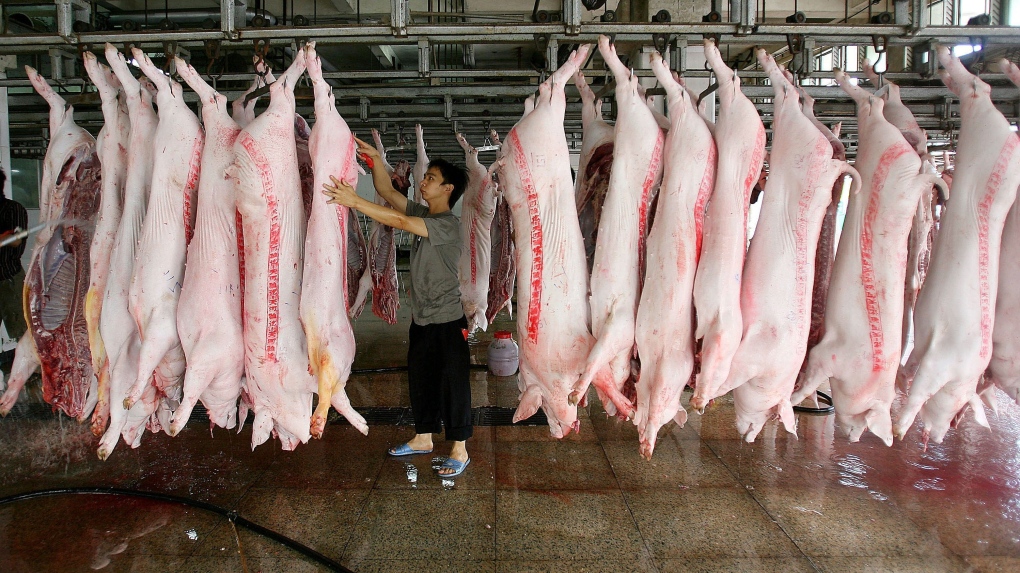 Troy Miller, field operations director for the Customs and Border Protection in New York and New Jersey, says it's the largest agricultural seizure ever made in the United States.

Officials feared the meat could be contaminated with African swine fever virus, which has killed more than a million pigs in China. It's not dangerous to humans, but officials say an outbreak in America could cause $10 billion in damage to the pork industry in just one year.

Officials say the pork was smuggled over several weeks in containers where it was hidden by packages of noodles and laundry detergent. They say the meat was "primarily cured," and the cargo containers were not refrigerated.