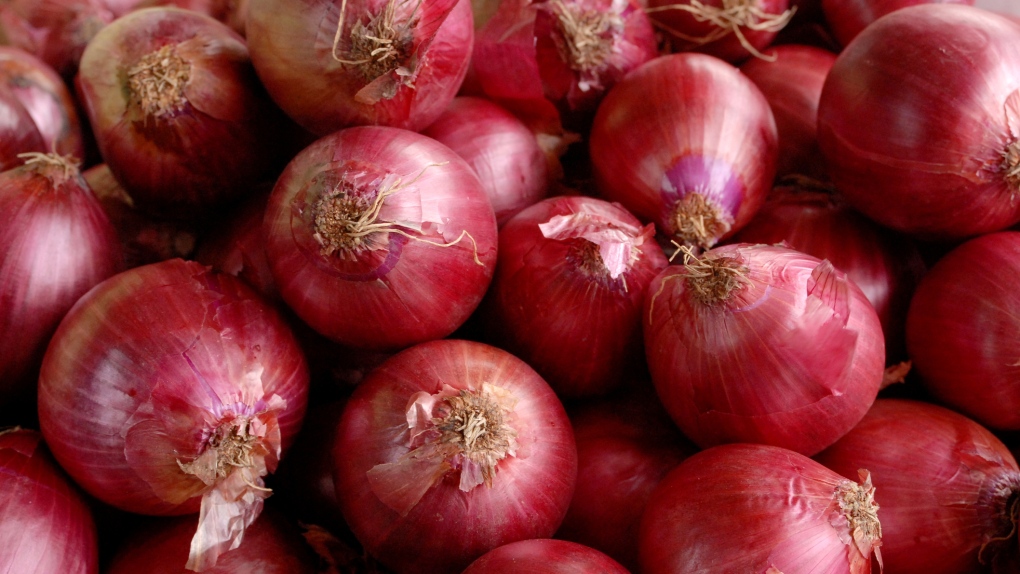 The federal government is warning of an outbreak of salmonella that is linked to red onions imported from the U.S. (iStock)

A food scientist says Canadians may have to seek out new sources of flavour as U.S.-grown onions are pulled from produce sections because of concerns about salmonella contamination.

The Canadian Food Inspection Agency says Thomson International is expanding its recall of red onions to include the yellow, white and sweet yellow varieties.

The Public Health Agency of Canada has identified the California-based grower's red onions as a likely source of the salmonella outbreak across the country.

As of Aug. 2, the agency says there are 120 confirmed cases in Canada, including 56 in Alberta, 43 in British Columbia, 13 in Manitoba and four in Saskatchewan.

Keith Warriner, a food science professor at University of Guelph, said onions and related products may be hard to come by in the grocery aisle out of an abundance of caution about potential cross-contamination.

"Clear the shelves, start again. That's the playbook," Warriner said. "I think we'll get our onions back soon enough, but I think you'll notice (more product) recalls in all these dribs and drabs."

If you do spot an onion at the store, Warriner said check the label to make sure it wasn't grown in the U.S.

Salmonella outbreaks linked to onions are uncommon, said Warriner. He suspects improperly composted manure may be the cause of contamination, or the bacteria may have travelled through irrigation water.

While the recall applies to onions that have been imported since May, Warriner said it's tough to tell when the outbreak began because onions have such a long shelf life.

For Canadians unsure what to do with their supply, Warriner said the watchword in food safety is "if in doubt, throw it out."

"Nobody wants a bout of salmonella, not only because it can literally kill you, but because of secondary symptoms, which include arthritis, and it can make you more susceptible to other illnesses."

In most cases, he said cooking kills salmonella. But there's concern that the bacteria could be on the outside of the onion and spread to kitchen surfaces and other ingredients.

Warriner said it shouldn't be too long until grocers restock their shelves with onions from other countries, such as Mexico, and growing season will soon get underway in Canada.

"The system is pretty robust," he said. "I won't be surprised if we see onions again in a week or two."

Until then, the one-time chef suggests using alternatives such as leek and garlic to add some zest to your recipes.

"You can get dried onions," he said. "But they're not very nice."

This report by The Canadian Press was first published on Aug. 6, 2020.