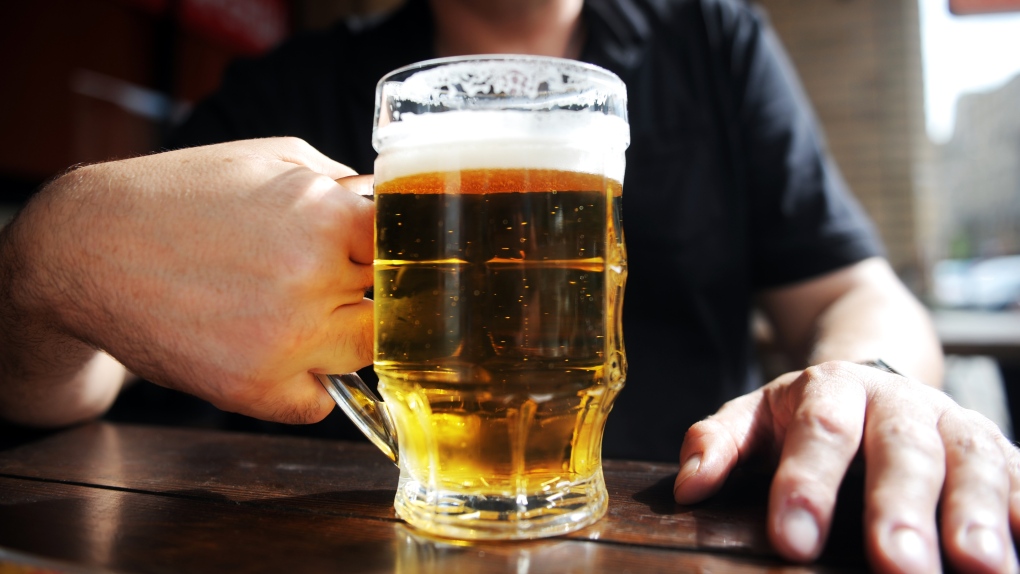 A man holding a glass of beer in an outdoor pub. A new CDC study finds an increase in the annual number of drinks consumed during binge-drinking episodes for both men and women between 2011 and 2017. (Dmitry Kostyukov/AFP/Getty Images)

Adults in the United States who binge drink are consuming even more alcohol per binging episode, according to a new study published Thursday by the U.S. Centers for Disease Control and Prevention.

Researchers analyzed data from the Behavioral Risk Factor Surveillance System over a six-year period and discovered that the annual number of binge drinks among adults who reported excessive drinking jumped on average from 472 in 2011 to 529 in 2017. That's a 12% increase.

The CDC defines binge drinking as five drinks or more for men or four or more for women on a single occasion. Binge drinking has serious health risks, according to the CDC, including car accidents, domestic violence, STDs, unintentional pregnancy, stroke, heart and liver disease.

"Socioeconomic disparities in the total number of binge drinks per adult who reported binge drinking also might have contributed to the lower life expectancies reported among persons with lower socioeconomic status in the United States," the CDC said in the study.