Tumour on Edmonton woman's liver was rare parasite, not cancer 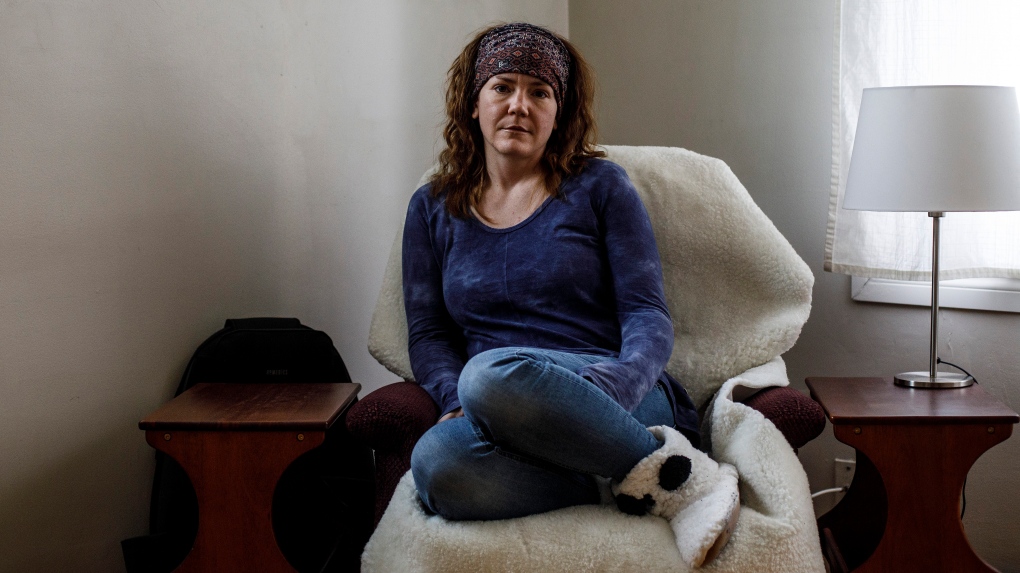 EDMONTON -- Cassidy Armstrong says she washes her hands, cleans her vegetables and doesn't own any pets.

Armstrong had surgery in November for what she thought was a rare, terminal cancer. She found out a day or two later that the grapefruit-sized lump doctors had removed from her liver during a four-hour operation was a cyst created by a rare parasite.

"It felt like a movie," she recalled in an interview. "There was a big group of people. They were disease doctors.

"They said, 'We have good news for you. What you have is not cancer ... What we think you have is this very rare parasite called Echinococcus multilocularis."'

The tiny tapeworm found in foxes, coyotes and domestic dogs can be passed on to people.

Dr. Stan Houston, an infectious disease expert at the University of Alberta, said there were only two cases in all of North America prior to an outbreak in Alberta that, including Armstrong, has infected 15 people since 2013. He said there has also been at least one case in each of Saskatchewan, Quebec and Ontario.

"It is absolutely new," he said. "It's a serious disease for the individuals who get it and we are probably going to be seeing more cases.

"Nonetheless it remains a rare disease."

Veterinarians first identified the parasite in the wild and, since then, have determined that the tapeworm has become common in Alberta wildlife, particularly coyotes.

"It's actually tiny," said Dr. Claudia Klein, associate professor in the faculty of veterinary medicine at the University of Calgary. "You can see the adult tapeworm, barely, with your bare eyes."

Recent studies have found a high incidence of infected coyotes, foxes and rodents across Alberta, including at off-leash dog parks in Calgary.

The worm can be passed on to people on fruits or vegetables, by handling contaminated soil or through an infected pet's fur.

"Up until a few years ago, that tapeworm was very rare in Canada and we hadn't heard of a case in humans," said Klein. She noted it is common in China and Europe.

Patients can carry the tapeworm for many years. In Armstrong's case, doctors believe she may have had it for a decade.

Armstrong's symptoms started a few years ago with a dull ache in her ribs and some tiredness. The signs would come and go. An X-ray and blood tests couldn't determine what was wrong.

"In the last six months, it was just constantly there," she said.

Armstrong finally asked for an ultrasound, which found the lump on her liver. It was diagnosed as fibrolamellar carcinoma.

Surgery was scheduled for a week later.

"They removed 65 per cent of my liver, my gall bladder, a couple of nodules from my lungs, scraped my diaphragm," she said. "It was a very, very big surgery."

When the doctors told her what they'd discovered, she was confused.

She is on medication, probably for the rest of her life, in case any of the parasite remains in her body.

Houston said 13 of the 15 patients in Alberta have been dog owners.

People can prevent the spread by washing their hands thoroughly and cleaning any vegetables that have been grown outside.

"Everybody pets a dog and most people eat produce," he said.

Armstrong, who hasn't had a dog since she was a little girl, said she worked as a mechanic and had contact with farm equipment, but she has no idea where she picked up the tapeworm.

"You can get it from eating the wrong carrot," she said. "I wash my hands and I clean my stuff. I'll probably never know."

This report by The Canadian Press was first published on Jan. 26, 2020.